Thameslink has been a complete disaster 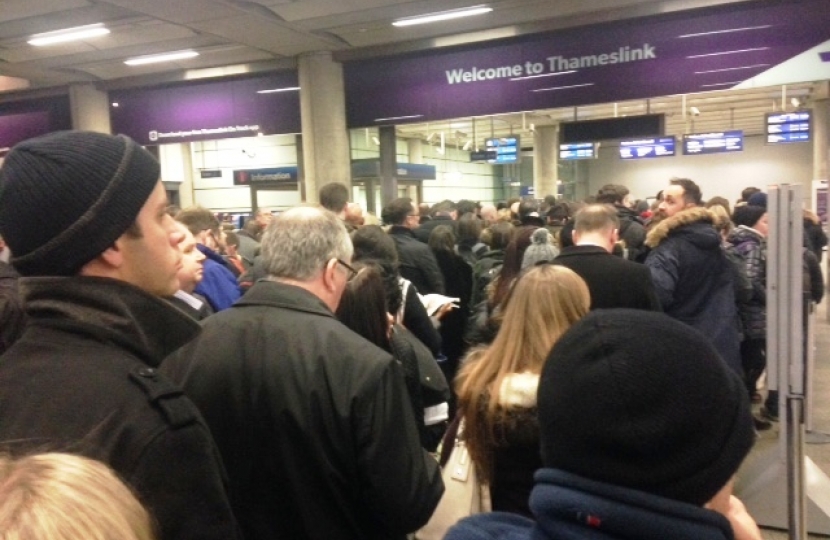 For those of us who commute into London, the past few months have been hard going.

Thameslink has been a complete disaster. Since Govia took over the franchise, the situation has gone from bad to worse. Delayed trains, cancellations, and then in January, flooding in central London turned journeys that should have taken half an hour into two hour ordeals.

And it’s not just Thameslink. Tunnel problems have led to endless delays on the London Midland line.

Considering that we pay a small fortune for season tickets, I’m determined we should not have to put up with this poor level of service. Over the past few weeks, I’ve pressed our case with the bosses of Govia and London Midland, as well as the Secretary of State for Transport, and Network Rail.

We all appreciate that unavoidable problems occur from time to time but what really irks me is the poor customer service that accompanies it. So I’ve been making the following points:

1.   Tell us what’s going on. When a train stops in a tunnel for 10 minutes, how hard is it to explain why this is happening?

2.   Tell us when there are going to be problems. Both Govia and London Midland admitted to me that they often knew in advance that delays and cancellations were going to occur. If there are clear warnings in advance at stations, we can plan accordingly.

3.   Tell us how to get our money back. It should be well advertised at stations how you can apply for refunds.

The Government is investing billions in our railways. The Transport Secretary made it clear that train companies need to up their game in return. They have welcomed these points but the proof will be in the delivery. Whatever it takes, I’ll stay on their case.