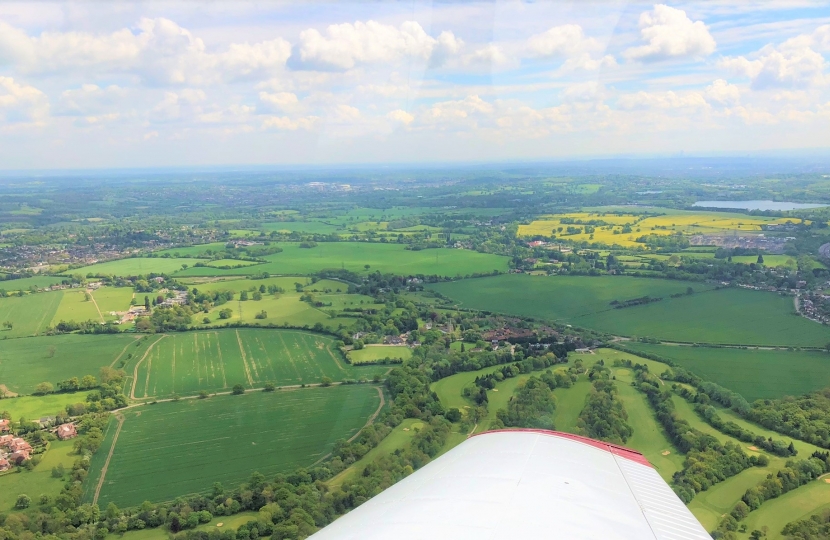 Hertsmere is a beautiful corner of England. Situated just outside London, it enjoys all the benefits of easy access to the capital for work and leisure due to fast rail links but also large amounts of green space.

The main towns and villages are:

Borehamwood – Borehamwood is probably best known for the part it played in the history of British cinema. It is home to the famous Elstree film studios where Star Wars, Who Wants to be a Millionaire, Indiana Jones and Bohemian Rhapsody were filmed, as well as BBC Elstree where East Enders and Strictly Come Dancing are currently filmed. The Elstree Way corridor houses many world class businesses. Borehamwood is also home to the council's civic offices.

Potters Bar – The name Potters Bar is thought to derive from evidence of a Roman pottery believed to have operated in the area. The Potters Bar of today owes its growth and development to the coming of the railways. During the 1920s and 30s, when the town became a favourite home for commuters, the population trebled. As a result of this rapid suburban growth, the town has two shopping areas centred on Darkes Lane and High Street. It is a lively modern town with a strong and active community.

Radlett – The origins of Radlett can be traced back further than the 18th century and there is evidence of settlement from Roman times. Today Radlett is an attractive urban village that has held on to its character and charm. Clustered along the line of Watling Street are a good range of shops, pubs and restaurants. Radlett’s excellent road an rail links combined with its proximity to London means it had become a popular, charming residential area.

Bushey – With a history dating back thousands of years, Bushey is an ancient settlement with links to the Romans. Bushey has a village atmosphere and the main part, near the ancient Church of St James’ and the village pond is a conservation area with buildings dating back to the 18th century. The area’s picturesque qualities were recognized in the last century when many eminent artists worked and lived there. Today Bushey is a mix of antique shops, restaurants, pubs and general stores that are clustered along the High Street.

Shenley – The history of Shenley dates back almost a thousand years to its appearance in the Domesday Book in 1068. Shenley Park is at the heart of the village and includes an orchard and an amazing 2 acre landscaped Walled Garden with an amphitheatre. These are open to the public and play host to a number of events throughout the year. Shenley is also home to the training ground of Arsenal Football Club, which boasts state of the art facilities, and was opened in 2000.

The constituency was created in 1983 and has been represented by Lord (Cecil) Parkinson and James Clappison.