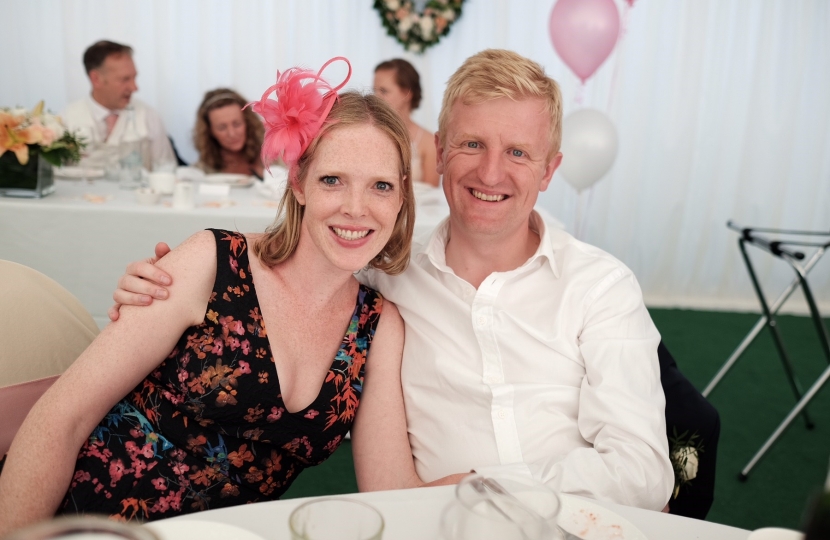 Hertsmere is my home patch. I was born and grew up here and still live in the area with my wife and two young children. I went to Parmiter’s School near Watford and then won a place to study law at Cambridge University.

From 2010 until 2015 I served in Downing Street, advising the then Prime Minister on how to tackle the wide variety of challenges confronting him. I was made a Commander of the Order of the British Empire in recognition of this service.

I was honoured to be elected as Member of Parliament for Hertsmere in May 2015. As your MP, I have used my skills and experience to give Hertsmere a strong voice nationally and get us the best deal. Prior to becoming a member of the Government, my duties included chairing the All-Party Parliamentary Group for British Jews and serving as an officer of the Conservative Friends of Israel.

In 2018, it was a privilege to be appointed as a Minister and I then served in the Cabinet as the Paymaster General and Minister for the Cabinet Office.

From February 2020, I was appointed as Secretary of State for Digital, Culture, Media and Sport. In September 2021, I was delighted to be appointed by the Prime Minister as Chairman of the Conservative Party. In June 2022, I resigned from this position and returned to the backbenches.

In October 2022 I was delighted to be appointed as Chancellor of the Duchy of Lancaster by the Prime Minister.

I am passionate about preserving the things that make Hertsmere such a special place to live and I continue to work locally and nationally to promote my key priorities for the area, including defending our green spaces, delivering better transport and education and supporting the diverse local community.

In my spare time, I enjoy pub lunches and countryside walks with my family and our pet dog, Betsy.