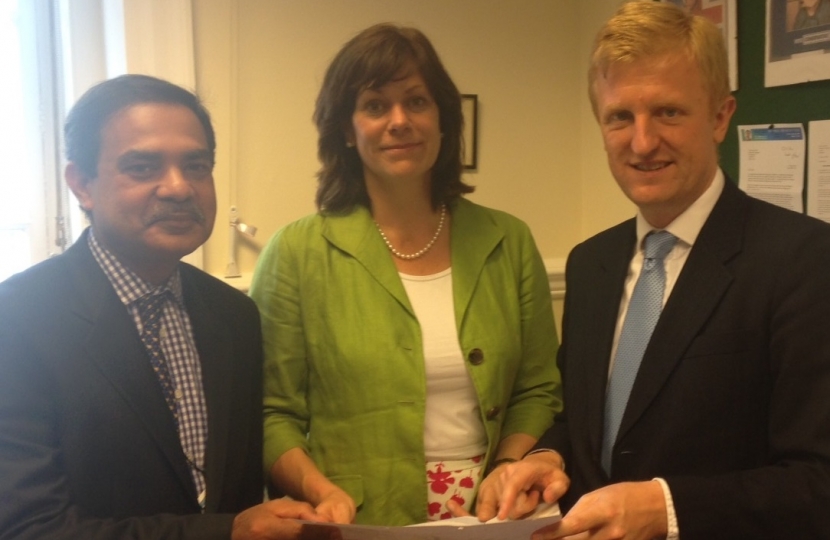 As part of my ongoing Oyster campaign, I arranged a meeting yesterday with Rail Minister Claire Perry MP and TfL's Chief Technology Officer, Shashi Verma. After much delay and confusion it was good to finally get the key people in one room to understand what exactly is going on.

I am pleased to report that the Rail Minister confirmed that the Government is committed to extending Oyster to Radlett and confirmed, for the first time, to Potters Bar as well. However, before Oyster can be extended new software needs to be introduced by TfL to enable them to properly calculate fares. The Rail Minister and the TfL representative confirmed that this software will be introduced by the end of 2018. Once this software is introduced then TfL will be in a position to extend Oyster to both Radlett and Potters Bar.

At the meeting the Rail Minister stressed that both Radlett and Potters Bar are on the Government's top four priority routes for Oyster extension. She is confident that once the new software is introduced then progress will be swift. I will continue to monitor developments extremely closely to ensure that the commitments made at the meeting are honoured and that Oyster is introduced to both Potters Bar and Radlett as soon as possible.