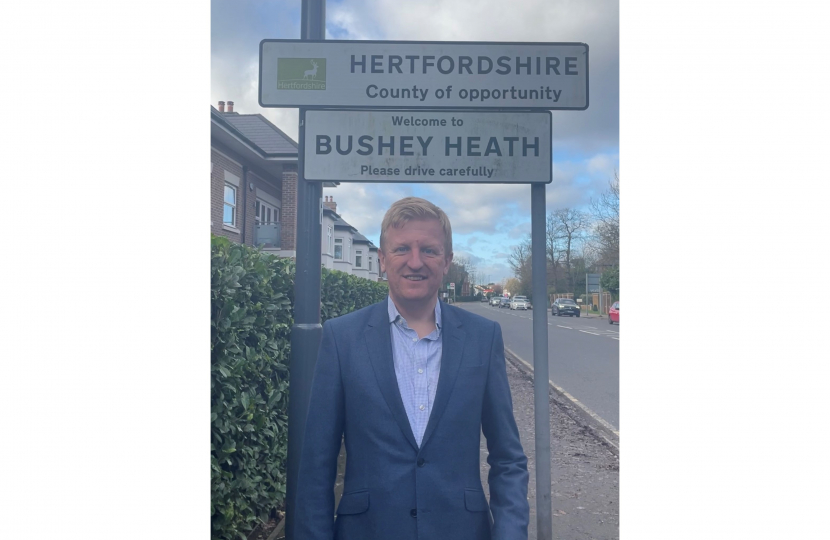 Numerous residents have been in touch with me to share their deep frustration about London Mayor Sadiq Khan’s proposed expansion of London’s Ultra Low Emission Zone (ULEZ).

Within the ULEZ, polluting vehicles must pay a levy to use the roads each day. The pandemic undoubtedly had an impact on TfL’s finances but ultimately the difficulty it faces stems from the pre-existing poor condition of TfL’s finances, as a result of decisions taken since 2016 by the Mayor.

It is unacceptable that Hertsmere residents, who do not live in London, should pay extra to travel towards London as a result of the Mayor’s poor financial decisions.

I have always been clear that I oppose the expansion of ULEZ to Hertsmere’s borders, campaigning against it since these proposals were first announced.

I have spoken with many of my constituents, who have explained how these extra charges will put additional financial strain on their families during what is already a difficult period. This is particularly true of constituents who commute into London or drive to vital appointments at hospitals such as The Royal Free, which will fall within the expanded zone.

The ULEZ currently runs up to the North and South Circular roads, but residents in Hertsmere will be hugely affected as Transport for London propose to expand the zone to cover the whole of Greater London, reaching Hertsmere’s borders.

This will affect residents travelling into London from Bushey Heath towards Stanmore, and at the A41 Elstree Hill Roundabout and A1 Stirling Corner Roundabout, to name some examples.

I will continue to make my serious concerns clear to the Transport Secretary, as well as to both TfL and The Mayor of London.

Let me reassure residents I am totally opposed to an extension of the ULEZ to the perimeters of Hertsmere, and I will continue to fight against this.