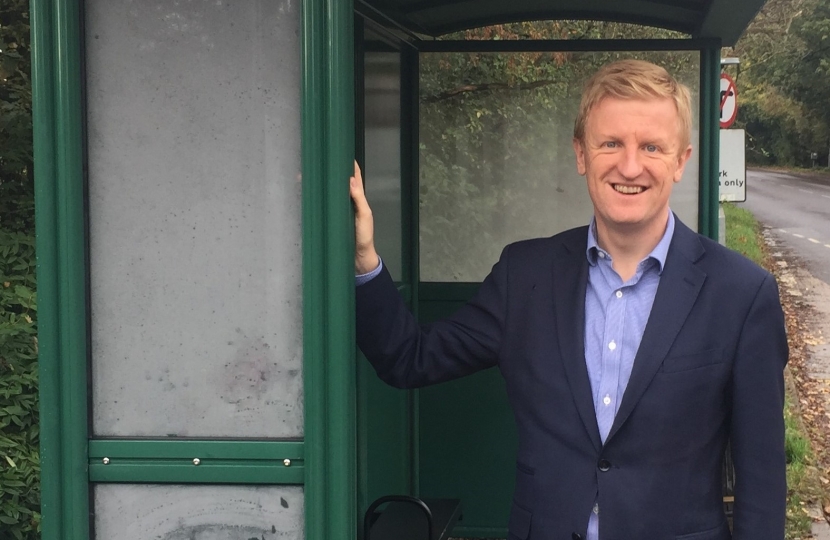 Oliver recently secured the return of one of the bus shelters outside Morrisons in Borehamwood.

The bus shelter on Barnet Lane was destroyed in a car crash last year and was not replaced. As a result, people waiting for their bus, particularly after they had finished their shopping, had no shelter to stand under and were at the mercy of the weather.

Following many complaints from his constituents, Oliver lobbied Hertfordshire County Council in September to finally reinstate this bus shelter. A new bus shelter has now been installed at the Bus Stop on Barnet Lane and passengers are once more able to wait for their bus safe from the rain.

Mr Dowden said: ‘A large part of my work as the local Member of Parliament is talking to the residents of Hertsmere and trying to tackle the issues which affect them directly.

The missing bus shelter on Barnet Lane is something which I know has affected many people for a long time and I was very pleased that I was able to secure its return.’