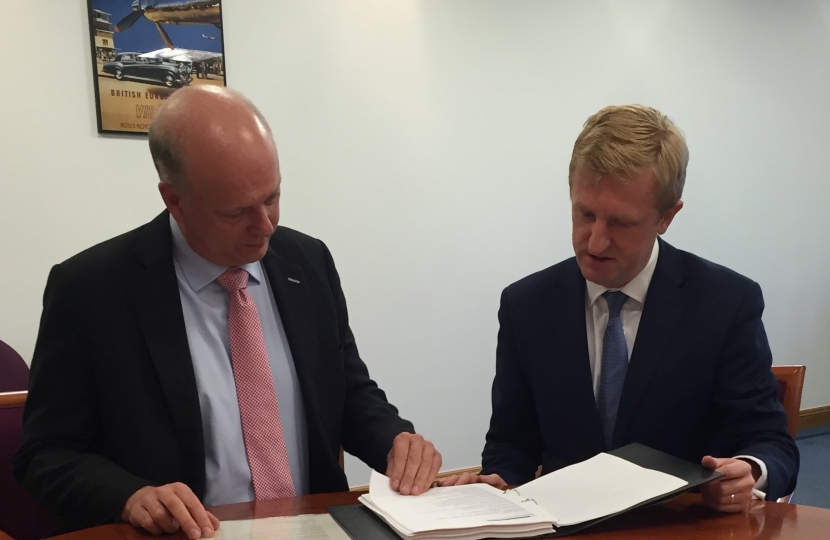 Oliver has secured a commitment from the Transport Secretary to improve the facilities at Elstree & Borehamwood station.

The announcement comes following Oliver’s meeting with the Transport Secretary, Chris Grayling MP, at the end of last year where he made the case for better access to and from the station.

Govia Thameslink will widen the entrance doors and create new doors into the booking hall to help the flow of people at peak times. The works are due to be completed before the end of March.

The train company will also conduct a feasibility study into providing a new station building. The contract will be tendered early this year and funding agreements are already in place.

Oliver said: ‘I am very pleased to have secured confirmation of these improvements from the Secretary of State and to hear that Govia Thameslink will be investing in much-needed improvements to the station building.

‘The number of passengers who use Elstree & Borehamwood station continues to grow and I will keep up the pressure of Govia Thameslink to make sure that station can meet future demand.

‘This should improve the passenger experience. Of course, we also want more reliable trains and that is something for which I continue to campaign.’

It comes after Oliver called for more services through Elstree & Borehamwood as part of the updated timetable in 2018.