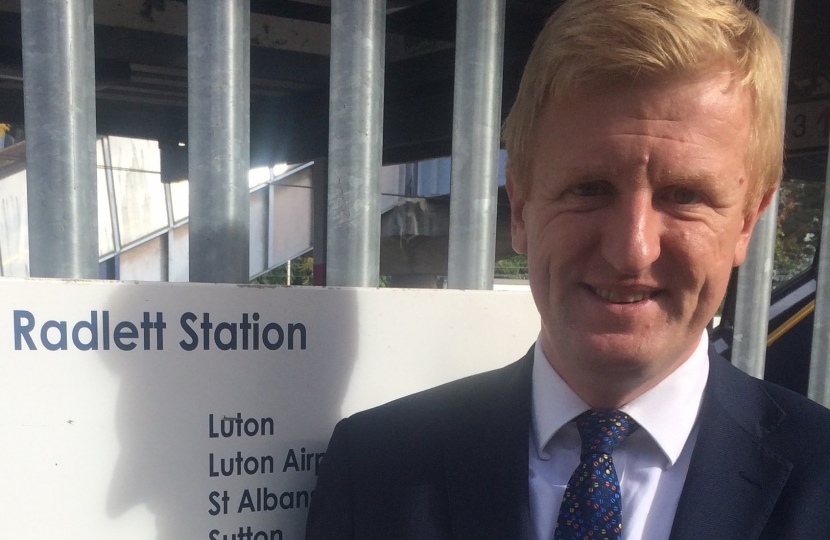 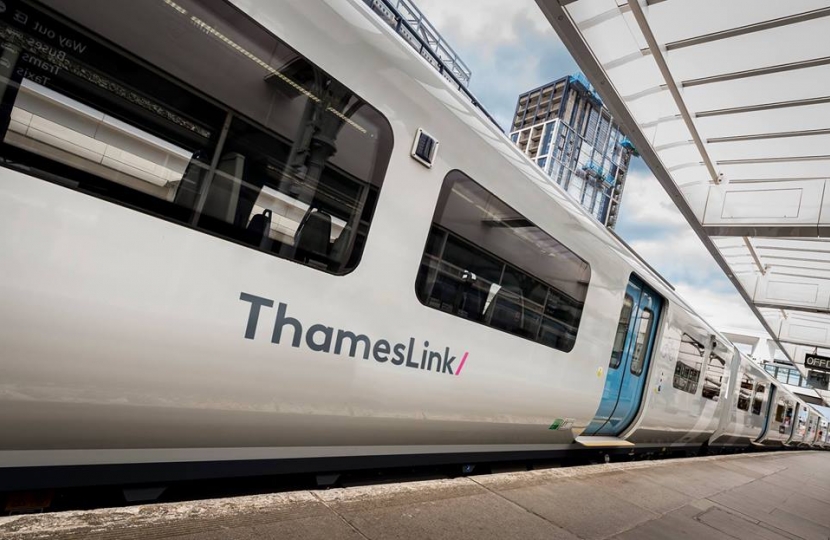 Oliver was pleased by the progress on improvement works to local train stations as part of Govia Thameslink Railway’s £15 million commitment to the Passenger Benefit Fund Programme.

In December 2018 the Government announced it was holding GTR to account for their role in the unacceptable performance following the introduction of the May 2018 timetable. As a result, GTR would contribute £15 million towards ‘tangible improvements for passengers’, known as the Passenger Benefit Fund Programme.

Oliver said: ‘The disruption we endured on GTR trains in 2018 was unacceptable and I was pleased to secure funding for improvements to Radlett, Elstree and Borehamwood and Potters Bar stations as part of the £15m Passenger Benefit Fund.

On top of nearly £20m paid out in compensation, I know that Hertsmere residents experienced some of the worst disruption and so I was pleased to secure the top tier allocation of £80,000 per station.

Elstree and Borehamwood, Radlett, and Potters Bar Stations are benefiting from improvements such as landscaping, defibrillators, toilet improvements, seating, improved walking routes and more. GTR plans to have delivered the vast majority of this work by next month, with many improvements works already complete.

Passengers were at the heart of this fund, with users deciding the schemes after GTR ran an extensive consultation. These improvements will have a direct impact on my constituents and be of real benefit to local residents.’