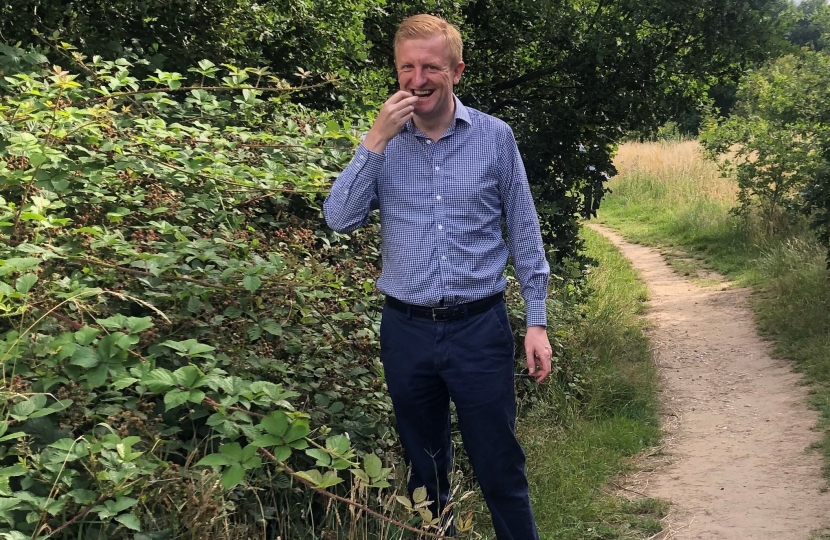 Over the past year, many of us have been spending more time outside enjoying the beautiful countryside that surrounds Bushey and Radlett.

This is why I have been appalled to hear from residents about recent spates of both littering and fly-tipping. It ruins our otherwise green fields, walking routes and hedgerows and endangers the health and lives of animals.

It is incredibly dispiriting to see littering increase over the past year. I am working closely with local councillors to tackle littering in Hertsmere and nationally the Government has made commitments to promote anti-littering through campaigns such as the recent ‘Respect the Outdoors’ campaign as well as the ‘Keep it, Bin it’ anti-litter campaign conducted in cooperation with the Keep Britain Tidy organisation.

Equally, fly-tipping is an appalling blight on our precious countryside by a small number of selfish individuals. Hertfordshire County Council and Hertsmere Borough Council are working closely with local landowners to quickly clear incidents of fly-tipping reported to them. At the same time, the stupid and selfish individuals who dump their waste and spoil the countryside for the rest of us should face the full force of the law.

I am in constant contact with both Hertfordshire County Council Highways Team and Environmental Health at Hertsmere Borough Council to urgently raise residents’ concerns about specific incidents of fly-tipping and press them to work quickly on the removal of waste. I continue to work with local authorities, landowners, and residents to tackle the issue, in particular by being a strong voice for residents to help push for coordination amongst all authorities for speedier removal and enforcement actions.

As we move into the warmer months and begin to enjoy a return to normal life, I am committed to ensuring that residents can enjoy the beautiful countryside that makes Hertsmere such a special place to live.