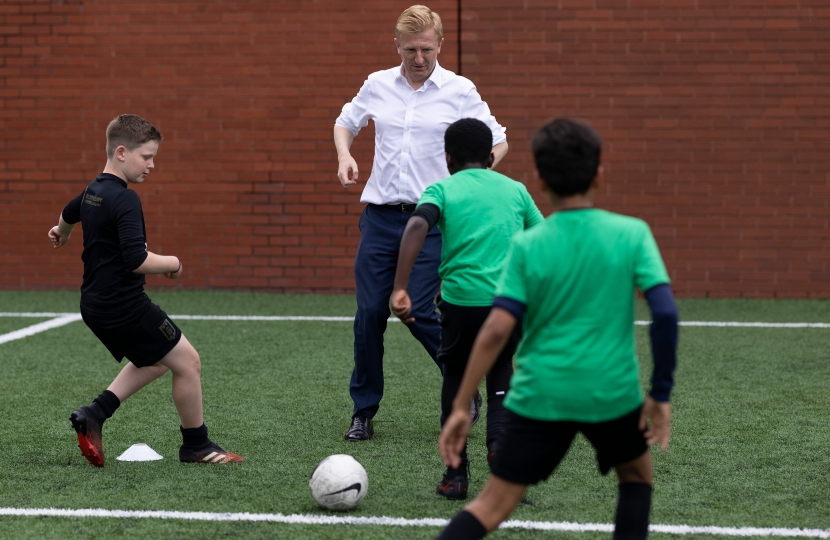 Like everyone, I was deeply disappointed to watch England fall at the very last hurdle against Italy. The team reached its first major final in 55 years, but it was sadly not to be.

I think everyone would agree though that this England team, particularly those who stood up to take a penalty on the biggest stage of all, should hold their heads high.

It was a real privilege being able to attend some of the matches as Culture Secretary and it was very reassuring to hear the chorus of support the team received from the fans and the country throughout the tournament.

They did us all proud and gave hope and joy to millions over the past few weeks. I am certainly looking forward to the World Cup next year with nervous optimism.

However, the abuse the players have received is appalling and I fully share everyone’s horror at the deluge of hate we have seen on social media. It is never acceptable and has no place in our society.

I have heard repeatedly from footballers, fans and Hertsmere residents about the devastating impact which online hate and racist abuse has, and it needs to stop.

As Culture Secretary, I have been very clear that social media companies need to act right now and properly tackle the hateful and abusive language on their platforms. That’s why I hosted a joint meeting with the Prime Minister in Downing Street to tell them to up their game.

If they fail to do so, our new Online Safety Bill will hold them to account with significant penalties. This includes tackling growing incidents of antisemitic abuse, where I have been working with the community to challenge social media companies to properly adopt the IHRA definition of antisemitism.

No one should be subjected to abuse online, whatever their background or faith, and I am taking this challenge head on.