Oliver Takes to the Skies in Local Aerodrome Visit 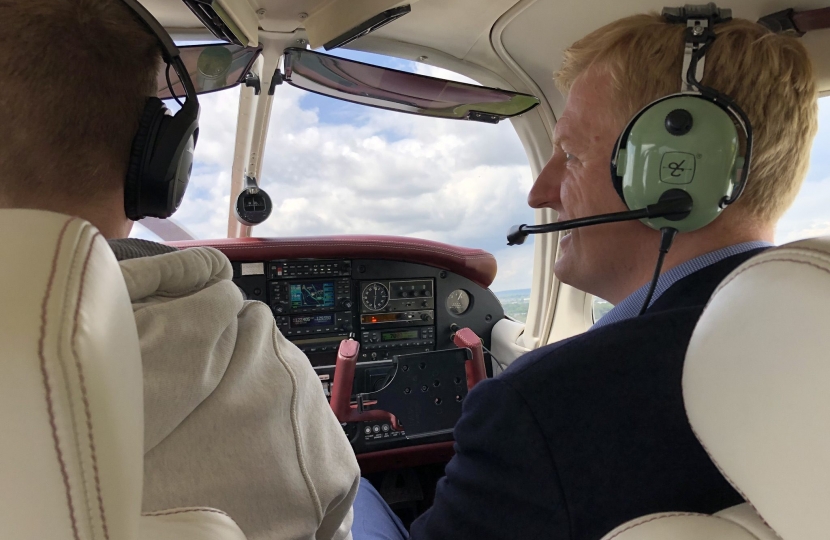 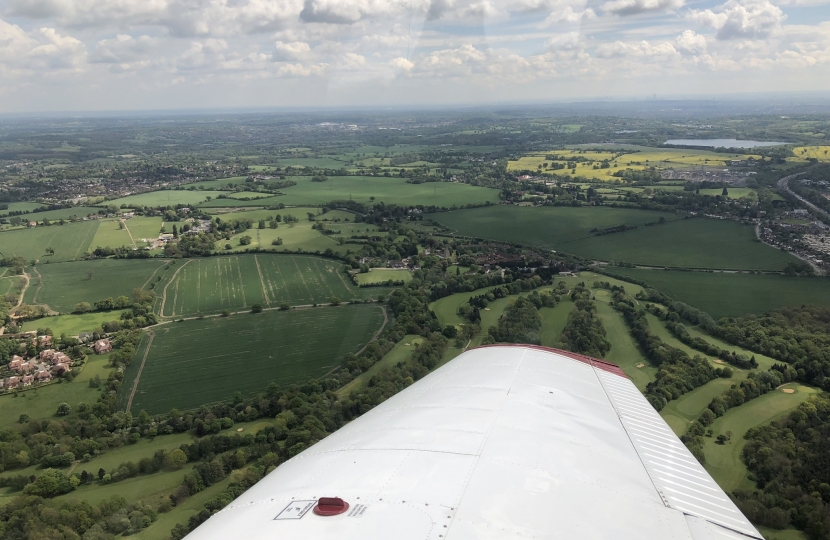 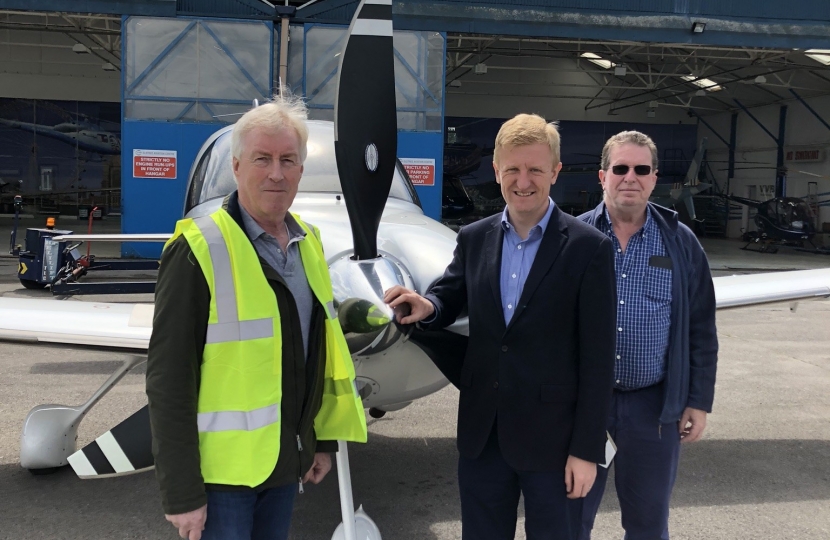 Oliver on Friday visited Elstree Aerodrome, the last licensed airfield in Hertfordshire, and was taken on flying tour of the area.

Following a meeting with the manager, Mr Mike Murphy, to update Oliver on what’s been happening aerodrome recently was taken up in a light aircraft for a chance to see Hertsmere from the air.

Speaking after the visit, Oliver said: ‘It was a pleasure to visit Elstree Aerodrome again on Friday, and particularly enjoyed the chance to see my constituency from the sky!

‘The aerodrome is a fantastic local asset, and the last of its kind in the county. It supports many skilled jobs, boosts the area’s wider economy and enhances our transport infrastructure.

‘While steps must always be taken to achieve a balance between its operations and the rights of local residents, the aerodrome’s future is important to Hertsmere.

The aerodrome is one of the busiest in England and has recently finished constructing a brand-new state of the art hangar.

Oliver was invited to the aerodrome by the All-Party Parliamentary Group for General Aviation, a cross party body set up to represent the interests of the aviation industry in Parliament.

Oliver Dowden has this week renewed his support for Aldenham Reservoir and maintaining it as a community asset. The pledge came after the news that the sluice gates at the reservoir have been opened by its owners, Liberty Lake Leisure Ltd, releasing water and lowering its depth by a metre.