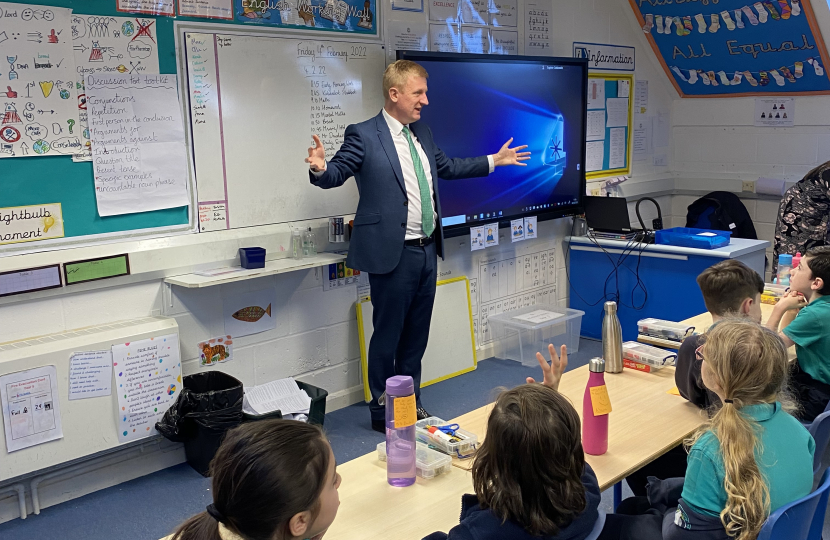 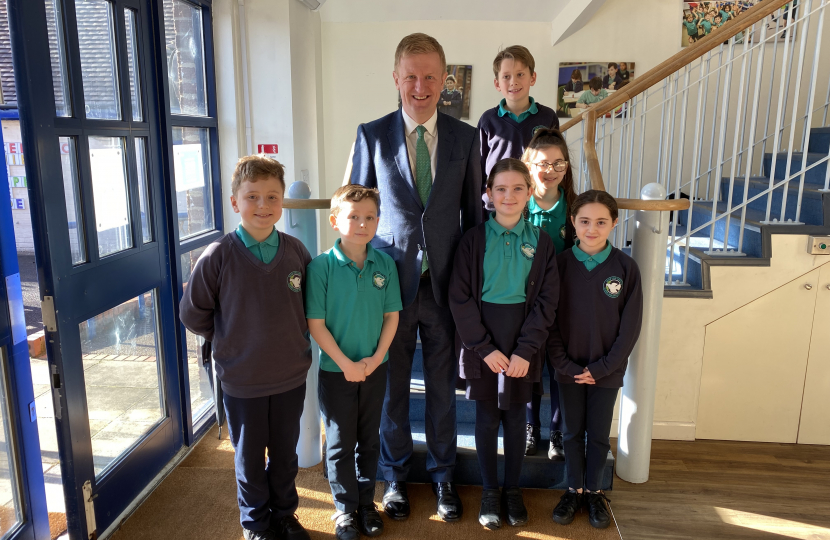 Oliver visited Clore Shalom School in Shenley last week to discuss the role of an MP with the school’s Year 5 class.

Oliver spoke to students at Clore Shalom, a voluntary aided primary school serving the local Jewish community, about his duties as an MP, his inspiration to enter politics and the nature of working in Parliament. He was invited as part of the PSHE lesson on Parliament.

He also paid a visit to a Borehamwood-based Talmudical College to learn more about traditional Talmud-based Jewish studies and their role in the Orthodox Jewish community.

Oliver said: 'It was a pleasure to speak to the Year 5 students at Clore Shalom School about the different aspects of my role as an MP.

I was delighted see the students showing an interest in politics at such a young age and I hope I was able to provide some useful insight into the political system and my life as an MP.

It was also very interesting to visit a Talmudical College in Borehamwood and learn more about Talmud-based Jewish studies and the local Orthodox Jewish community.'