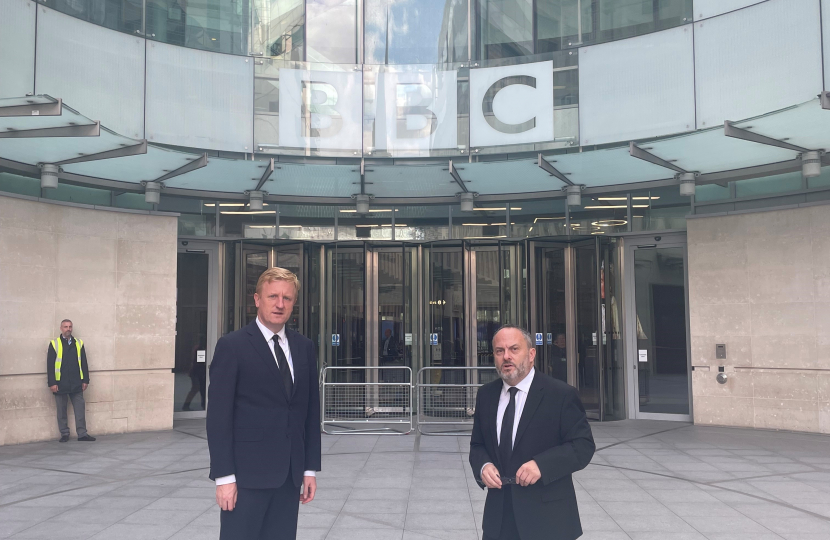 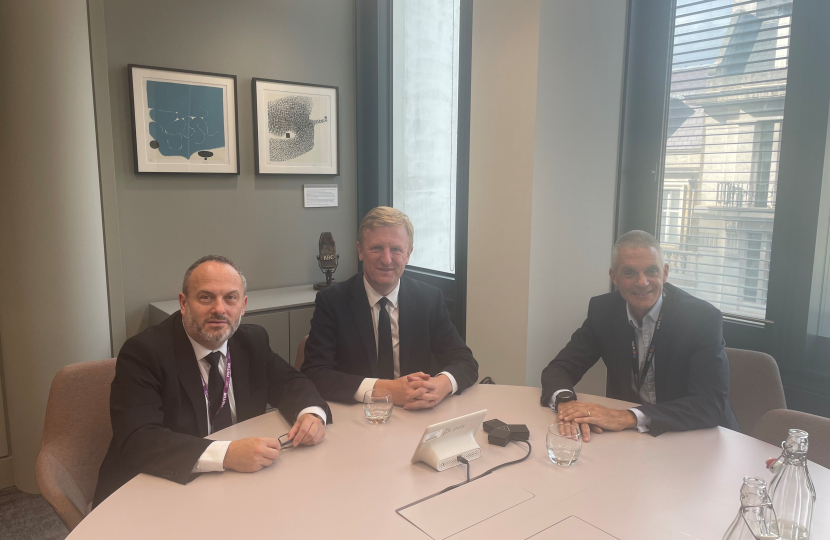 Oliver convened a meeting with Tim Davie, Director-General of the BBC, to urgently raise concerns about the potential sale of BBC Elstree. Oliver was joined at Broadcasting House by Cllr Morris Bright, Leader of Hertsmere Borough Council.

The Elstree site, best known as the filming location for EastEnders, has been listed by Lambert Smith Hampton, the commercial property agents. The BBC intends to lease space from the new owner to allow the continued filming of EastEnders.

Oliver said: ‘I have been clear that BBC Elstree forms a vital part of the UK Film and TV Industry, and any owners of the site need to maintain this use and invest in its future.

I convened a meeting with the Director-General of the BBC, Tim Davie, to urgently seek reassurances about the site’s future. It is crucial that the BBC understand their vital role in the local community and engage with residents about this site.

After strongly making this case to Tim Davie, and following a constructive conversation, I am pleased that the BBC have committed to ensuring the continued filming of EastEnders, as well as the long term use of the site for production.’