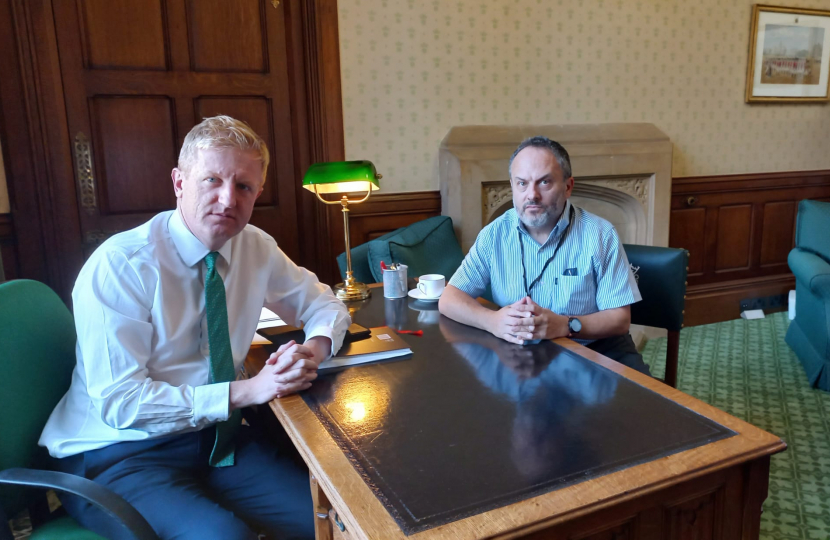 Oliver has contacted the BBC to urgently request a meeting regarding the future of BBC Elstree.

The Elstree site, best known as the filming location for EastEnders, has been listed by Lambert Smith Hampton, the commercial property agents. The BBC intends to lease space from the new owner to allow the continued filming of EastEnders, but the future of the rest of the site is in question.

Oliver has committed to working with Cllr Morris Bright, the leader of Hertsmere Borough Council, to ensure BBC Elstree remains a place of media production.

Oliver said: 'I have requested an urgent meeting with the BBC to raise my concerns about the potential sale of BBC Elstree.

While I understand the BBC intends to lease back space from any new owner in order to continue to film EastEnders, I am concerned about the implications of the sale for the rest of the site.

BBC Elstree forms a vital part of the local production industry and I share Cllr Morris Bright’s commitment to ensuring that the site continues to be used for this purpose.

The BBC must recognise its role in the area and properly engage with the local community when considering how to proceed. I will be raising all these points with them and seeking reassurances about the site’s future.'