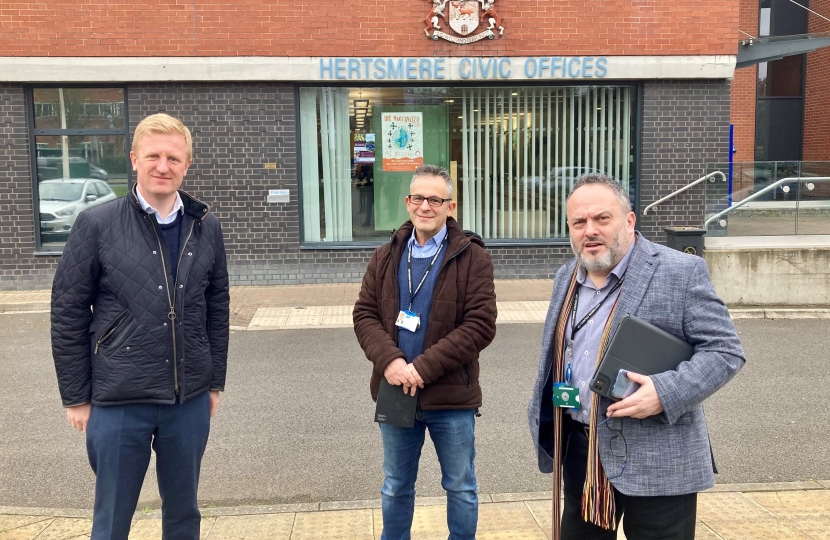 Oliver met with Cllr Morris Bright, Leader of Hertsmere Borough Council, and Cllr Harvey Cohen, Planning Portfolio Holder at the council, on Friday to discuss the future of the draft Local Plan.

Oliver and Cllrs Bright and Cohen discussed the future of Hertsmere’s draft Local Plan and Oliver raised his continued support for protecting Hertsmere’s green open spaces as part of the Local Plan process.

Oliver also made the case to the Housing Secretary that the planning process needs to place a greater emphasis on protecting existing natural environments, getting matching improvements in local infrastructure in place and ensuring that local plans respect local democracy.

After the meeting, Oliver said: ‘It was good to catch up with Cllr Morris Bright and Cllr Harvey Cohen to talk about the future of the draft Local Plan.

I will continue to follow the Local Plan process closely and will continue to engage with the council and the Housing Secretary on the pressures Hertsmere and its green open spaces face on behalf of local residents.’