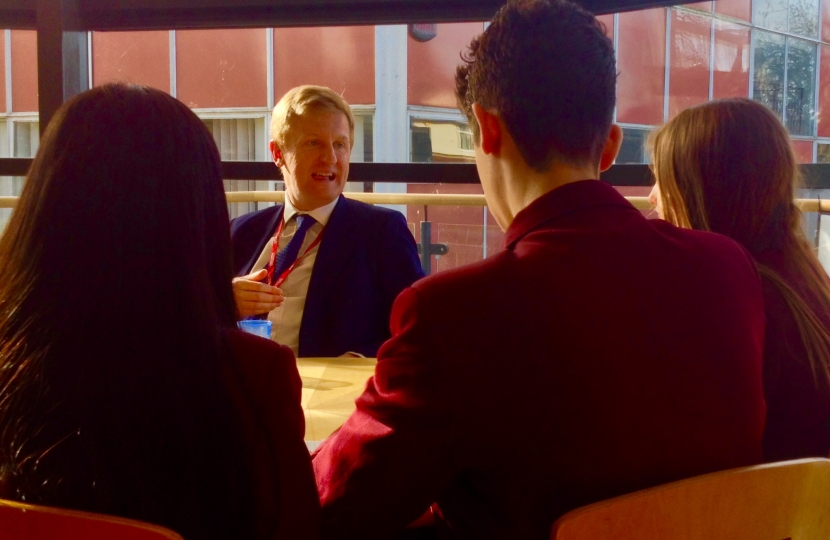 Oliver Dowden visited Hertswood Academy where he was interviewed by a group of enthusiastic Year 10 pupils. The interview was part of their BBC News School Report.

There were a wide range of questions regarding Oliver’s background as a local boy, his preparations for the general election and his plans to serve his local community. There were also questions relating to important policy areas, such as tuition fees and educational reform.

“The pupils did really well. They asked some good, thoughtful questions.

“I wish them the best of luck with their BBC News School Report.”