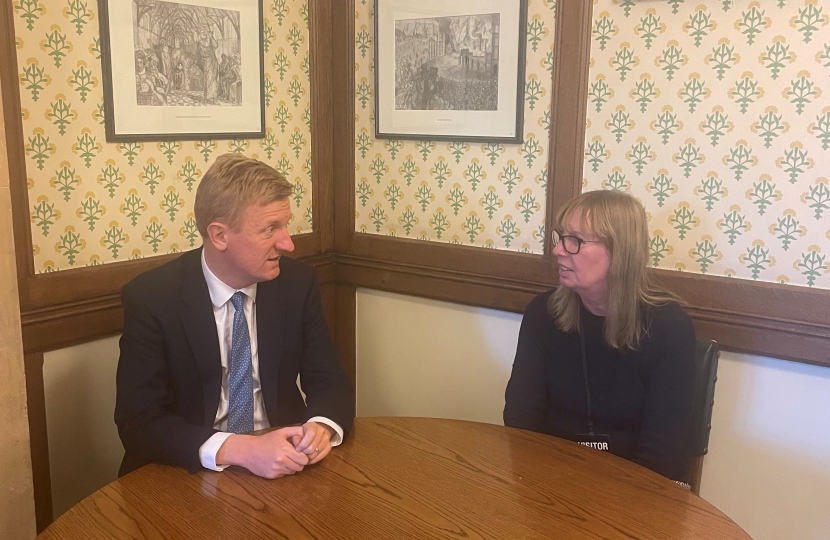 Oliver has convened a meeting with Anchor Housing, to discuss improvements for the residents at Meadowcroft, Bushey. Oliver met with Anchor’s Operations Manager, Alison Seymour in Parliament, and raised residents ongoing concerns about the lack of Housing Manager.

Oliver said: ‘After meeting with numerous residents who reside at Meadowcroft, Bushey, I contacted Anchor Housing to convene a meeting. I know that residents have serious concerns about Anchor’s management of the building, primarily the lack of Housing Manager.

I met with Anchor’s Operations Manager and I am assured that they are using all the tools within their power to recruit a permanent Housing Manager for the new year.

I also raised various other concerns that residents have raised with me, including the entrance doors and the car park. I will continue to keep residents updated.’