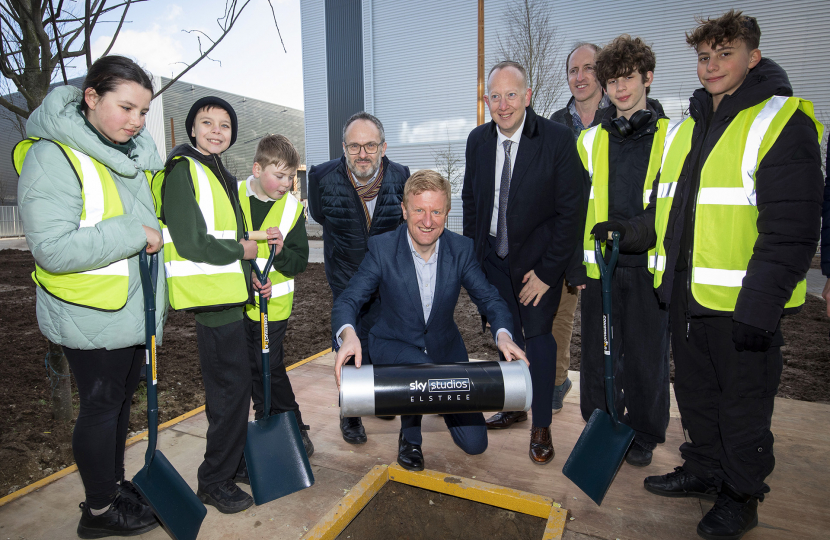 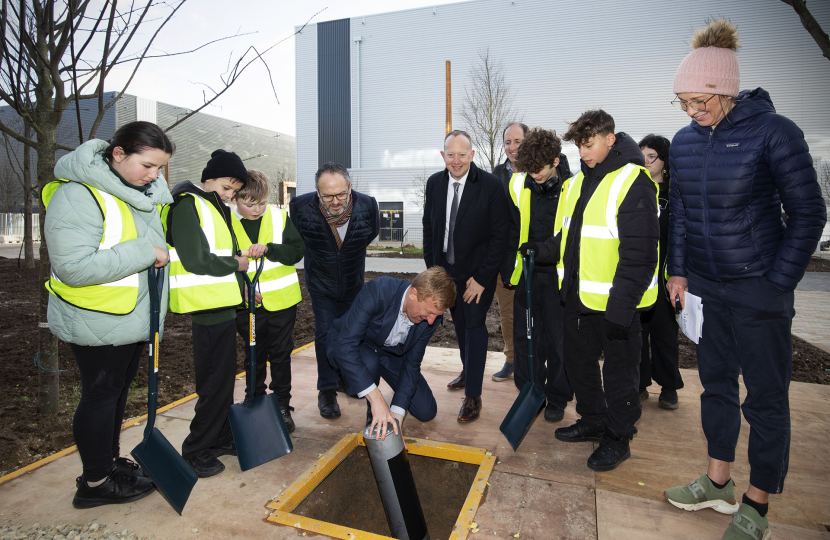 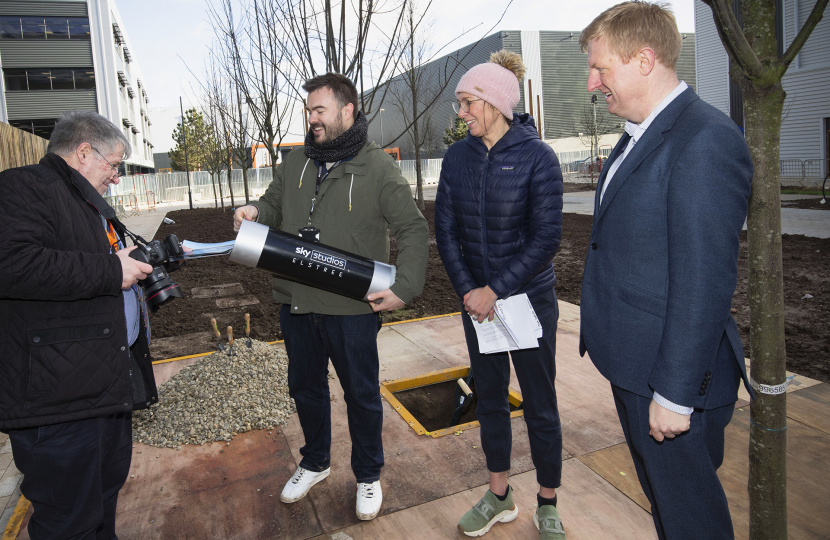 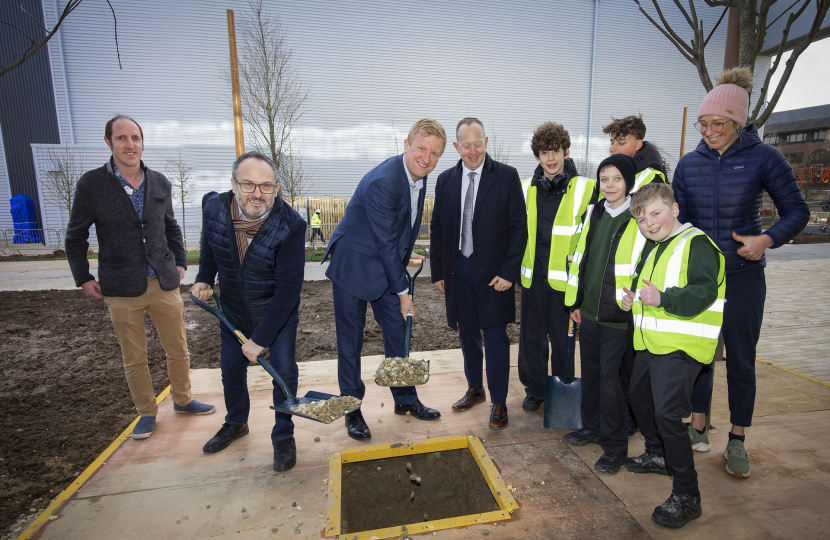 Oliver celebrated a time capsule event at Sky Studios Elstree which marked the near completion of the site, alongside local school children and councillors.

Sky Studios Elstree, a 13-sound stage film and TV studio based in Hertsmere, recently celebrated the near completion of the studio by placing a time capsule right at the heart of the site. Local schoolchildren completed a competition to imagine what TV or film would look like in 100 years, and these entries were added to the time capsule.

Oliver was joined at the event by Leader of Hertsmere Borough Council, Cllr Morris Bright, local councillors, Sky Studios official photographer and students from local schools. The time capsule has been placed right in the middle of the studio site, covered with a specially selected paving slab which will mark the spot for the next 100 years.

Oliver said: ‘It was a great pleasure to attend the time capsule ceremony at Sky Studios Elstree, and yet again see first-hand the excellent progress made on this site. The pupils had some wonderful ideas about the future of film and TV and it was great to mark a historic moment at the Studios.

Sky Studios Elstree is a huge investment in our creative industries and is helping to fuel the economy, both locally and nationally. With 2,000 jobs created and £3 billion of investment over the first five years, this studio is a truly exciting opportunity for the local area.

In Hertsmere, we are a hotbed for film and TV production, building on the area’s strong heritage in the screen arts. Young people in Hertsmere now have even more opportunities to work in the booming film and TV industry. I look forward to seeing the vast range of roles that Sky Studios Elstree will be able to offer, opening even more doors for people within my constituency.’