Oliver Calls on Chancellor to Back Local Infrastructure Improvements 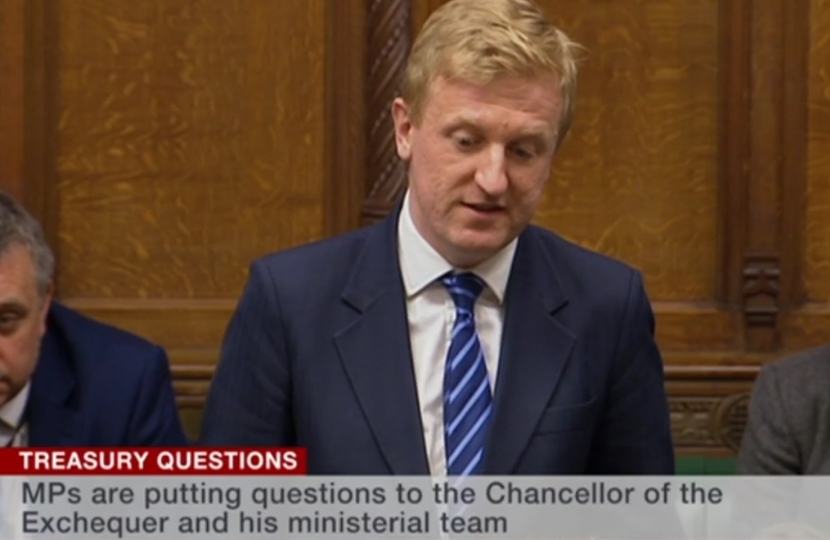 Oliver this week in Parliament called for the Government to support local infrastructure improvements.

Speaking after Treasury Questions, Oliver said: ‘It’s vital that as our community grows and more housing is built, we get the right infrastructure to go alongside it. I know this is a concern for many people locally, and is something on which I continue to campaign.

‘We are making progress on schools and health facilities, although there is much more to be done. I have also recently secured investment in Borehamwood station.

‘I am glad that the Chancellor shares my view about the need for additional infrastructure investment, particularly in roads, and will continue to make the case for it.’

Oliver’s question follows the news earlier this year that Govia Thameslink will be making much-needed improvements to Elstree & Borehamwood station which were announced after a meeting he organised with the Transport Secretary, Chris Grayling MP.

The works will widen the entrance doors and create new doors into the booking hall to help the flow of people at peak times and are due to be completed before the end of this month.

To watch a clip of Oliver's question, please follow the link here to Parliament TV: https://goo.gl/fP1Pjb

As our towns and villages continue to grow, particularly with the Elstree Way Corridor and a new Local Plan being developed, we must get the infrastructure to go with it.