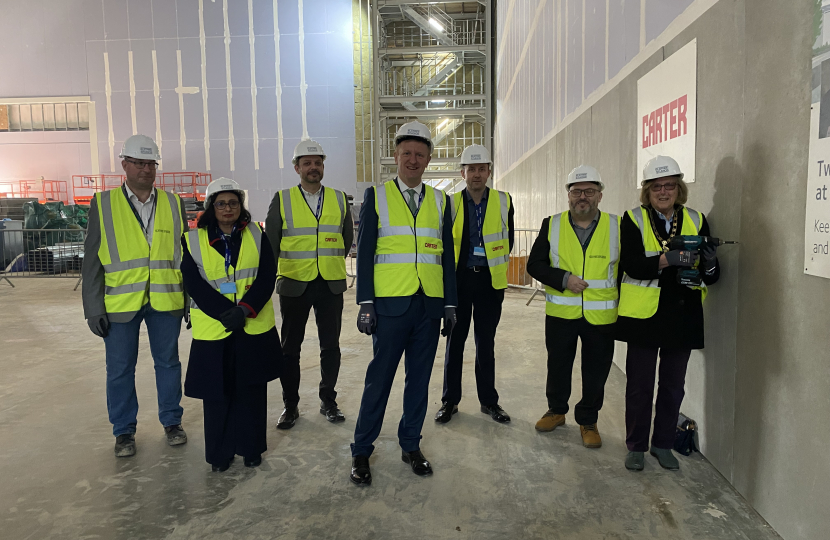 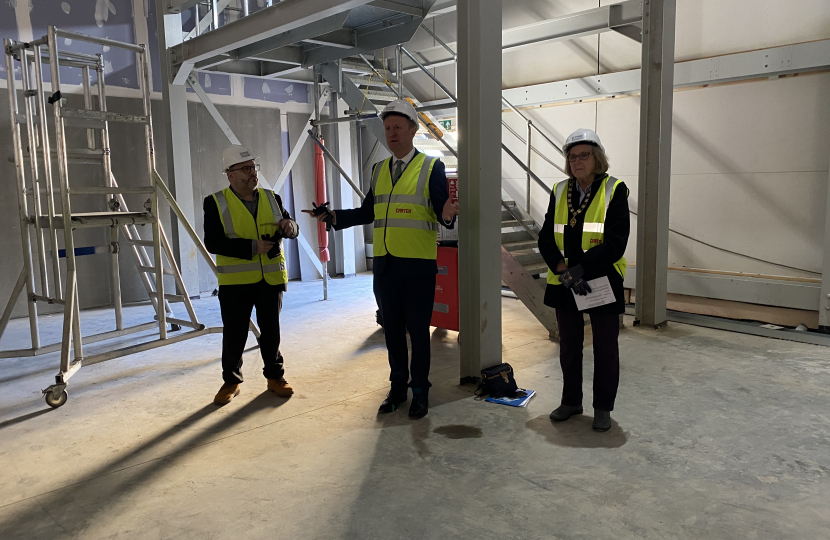 Oliver paid a visit to Elstree Studios to celebrate the topping out of its two new soundstages.

The ceremony saw the final bolt secured in place on the roof of the new Platinum Stages, completing the work on their outer structures.

The ceremony is a major milestone for the £15.6 million project, funded by a combination of Hertsmere Borough Council and £6 million from the Government’s Getting Building Fund, via the Hertfordshire Local Enterprise Partnership.

The two new soundstages cover a combined area of 36,166 square feet and stand at 65 feet tall, providing a state-of-the-art environment for film and television production and at least 800 new jobs. They will be used as separate stages or a combined super-sized stage.

Oliver said: 'It was a great pleasure to mark a key milestone for Elstree Studios’ new Platinum Stages at their topping out ceremony.

'These state-of-the-art soundstages will allow the studios to expand its range of hit shows filmed here in Elstree, building on recent successes such as Netflix’s The Crown and Sky Atlantic’s Gangs of London.

'The expansion of Elstree Studios – completed with a combination of funding from Hertsmere Council and government investment – is further confirmation of Hertsmere’s status as a world-leading hotbed for film and TV production.

'With construction set to be completed in record time, this is a great example of our local council and national government working together to strengthen our creative industries, investing over £15 million and creating 800 new jobs.

'I am delighted to see such strong progress on the project and look forward to the opening of the new stages later this year.'