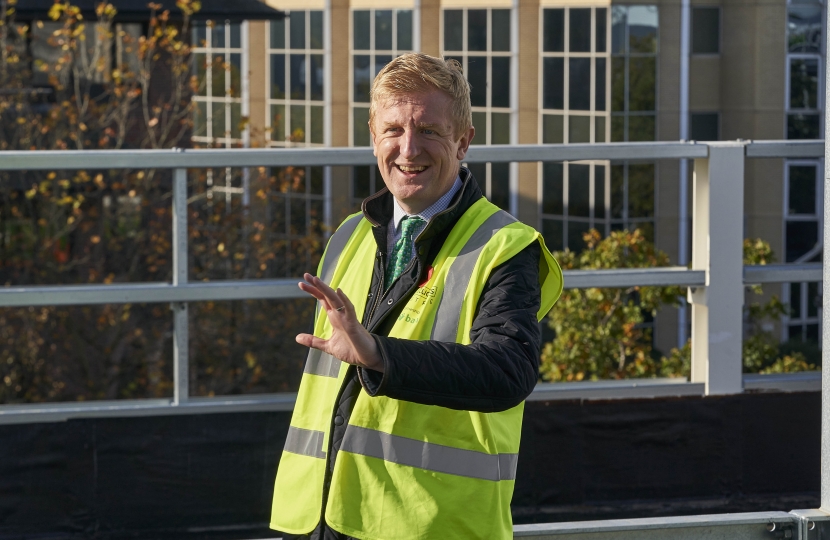 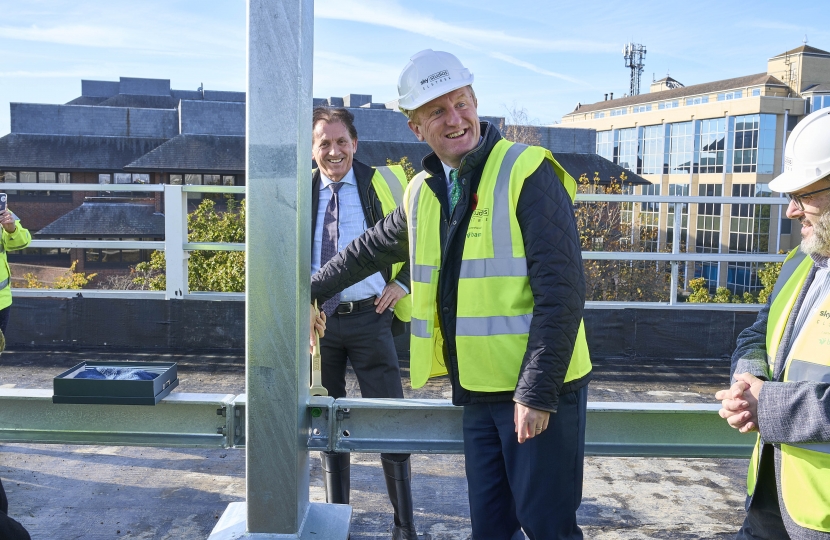 Oliver last week visited Sky Studios Elstree to celebrate its Topping Out ceremony, which marks the completion of the highest structure on the 27.5-acre site ahead of its 2022 opening.

The ceremony saw the final piece of steel secured on the roof of a 60,000 sq ft soundstage using a specially made green bolt, designed to represent the studio’s ambition to become the world’s most sustainable film and TV studio.

The completed studios will feature 13 sound stages and will become home to new film and TV projects from Sky and NBCUniversal, creating 2,000 jobs locally and attracting £3bn of new production investment over the first five years in operation.

Oliver said: 'It was a great pleasure to attend the Topping Out ceremony at Sky Studios Elstree and see first-hand the excellent progress made on this site ahead of its 2022 opening.

'Sky Studios Elstree is a huge investment in our creative industries and is helping to fuel the economy, both locally and nationally. With 2,000 jobs set to be created and £3 billion of investment over the first five years, this studio is a truly exciting opportunity for the local area.

Across Hertsmere and the surrounding areas, we are creating a hotbed for film and TV production, building on the area’s strong heritage in the screen arts, and it’s great to see Sky pushing ahead with training and supporting the next generation of local talent. During COP26, I am also very proud that Sky Studios Elstree is set to be the greenest studio in the world when it opens next year.

I look forward to seeing the project completed and the studio open next year so that Hertfordshire can further cement its status as a world-leading centre of film and TV production.

I was delighted as well to pay a visit to Elstree Screen Arts to hear about their excellent work in equipping local students with the skills they need to work in our thriving TV and film production sector, including at Sky Studios Elstree following its 2022 opening.'