As you will undoubtedly have seen, the Prime Minister announced a series of new national restrictions over the weekend to help tackle the spread of Coronavirus.

I of course understand that many Hertsmere residents will have deep frustrations about this decision and I want to explain why I, reluctantly, believe they are necessary in order to bring the spread of the virus under control.

As things stand, around 1,500 people are being admitted into hospital with Covid-19 each day and sadly we are seeing just under 300 people a day passing away as a result of this disease. We were presented with compelling evidence by our scientific advisors in Cabinet that if we did not take action now to tackle the speed with which the virus is spreading, then these numbers would get considerably worse. If we stood by and allowed that to happen, the NHS would be quickly overwhelmed and we would not be able to treat those who needed medical attention. I do not think it would be right in a democratic society to allow that to happen.

We did of course originally take a regional approach and introduce restrictions in the areas where the disease was spreading the quickest and was most prevalent. I supported that approach and had hoped that regional restrictions would be sufficient, but the current projections show that even the areas where incidence remains the lowest will start to run out of hospital capacity in a matter of weeks. In fact, there are already more Covid patients in some hospitals now than at the height of the first wave. That is why I am convinced these further measures are now needed at a national level.

I would also like to reassure you that the approach we are taking is similar to the approaches our German and French neighbours are taking. They, along with many other countries, took a regional approach but have now accepted the need to introduce national restrictions. I am also reassured that we are introducing these measures when the rate of both infections and deaths are lower than they were in France when they reintroduced their national restrictions.

The restrictions we have announced will mean that, from 5 November, people will only be allowed to leave their home for specific reasons, such as for education, for work, for exercise or recreation, to shop for food or other essentials and to provide care for vulnerable people. I am afraid that this means that non-essential shops, leisure, entertainment and personal care venues will need to close. Hospitality venues must also close except for takeaway and delivery services. Whilst places of worship will be able to open for individual prayer and funerals, I am saddened to say that communal services will not be allowed.

We have been clear though that people will be permitted to continue to travel to work where it is not possible to work from home.

These restrictions are temporary and they will end on Wednesday 2 December, at which point we will seek to ease restrictions and revert back to the tiered system on a local and regional basis and in line with the latest data.

I do not underestimate the financial, emotional and health impacts these restrictions will have in the meantime. The toll they will take on people, families and businesses will be large and that of course makes it sorely tempting to avoid taking them in the first place. Ultimately though, I do not think that course of action would be sustainable given its inevitable outcome.

We are continuing to take measures to protect people from the worst economic impact of these decisions. The Job Retention Scheme will be extended to the end of November and the grant which self-employed people will receive has been doubled to 80% of trading profits for this month. We are also giving the businesses which will need to close under these restrictions a grant of up to £3,000 over the next four weeks, with an additional £1.1 billion in funding being made available to local authorities so they can support the local economy and local businesses too.

I know these are very difficult times and I know that the next month will be difficult for many Hertsmere residents. I absolutely wish these restrictions were not necessary and it was my sincere hope that we would not need to take this step. These Autumn and Winter months were always going to be difficult as the disease spreads more easily indoors. I am optimistic though that we will get through this as a country and am confident that the developments in mass rapid testing, therapeutics and vaccines which are coming down the tracks will make restrictions less necessary next year.

I understand and sympathise with the concerns many local residents will have about these measures but they are temporary and I believe necessary.

Oliver today had a further meeting with local residents to discuss Enso Energy’s planning application at the Hilfield Site, where they propose to develop a solar farm on the land to the North East and West of Elstree Aerodrome. 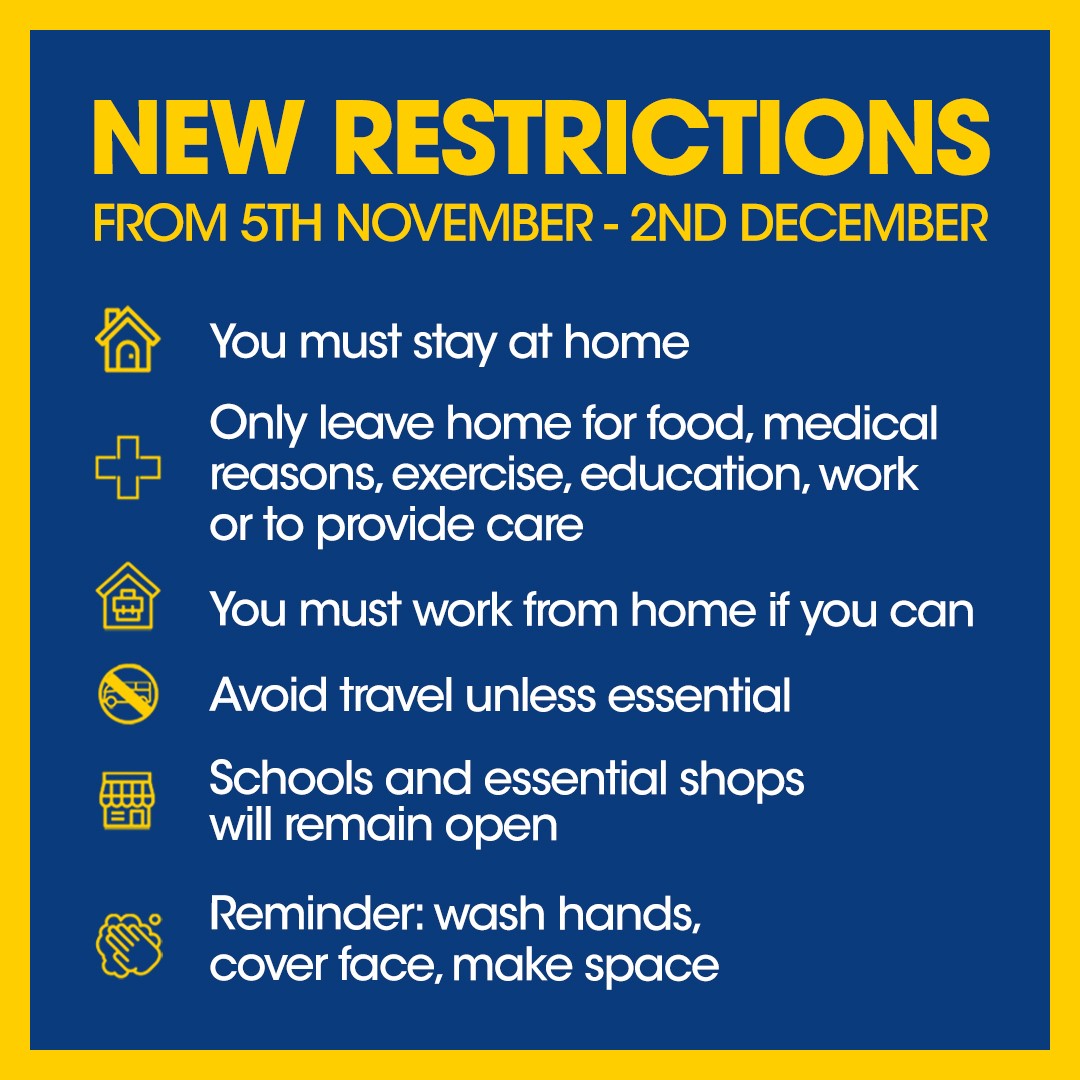