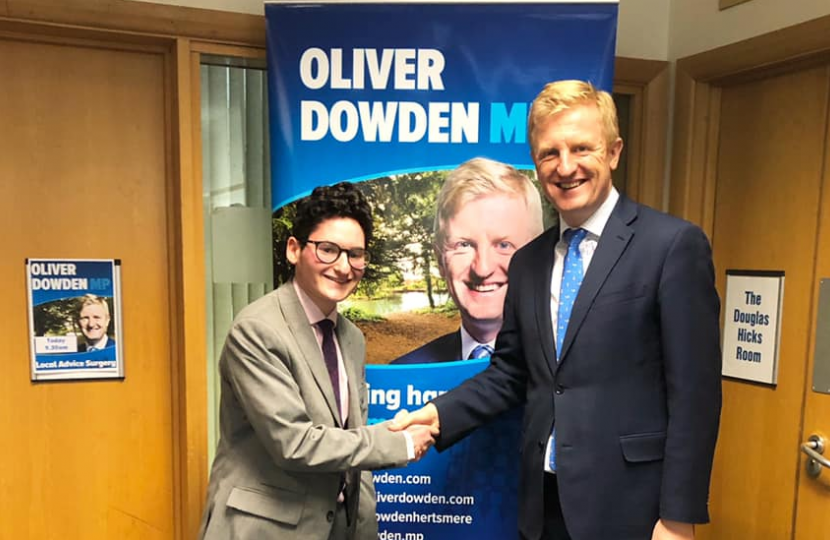 It was an honour to be re-elected as your Member of Parliament in December. It was fantastic to speak to so many people out on the campaign trail, and thank you for placing your trust in me to be your representative again.

I will work constantly to repay this and, as I’ve done for the last four years as your MP, I will keep standing up for our area and our country’s interests.

It has already been a busy start to the new Parliament. At the time of writing the Commons has just passed the Prime Minister’s deal to leave the European Union – delivering on our first campaign promise. We will also be legislating shortly for additional money for our NHS, which includes £400m to upgrade Watford General Hospital.

Locally, I have stepped up the fight to improve trains from Bushey, which have been dreadful in recent weeks. I signed a joint letter to London Northwestern with Colleagues to demand a meeting and rapid improvements in the service.

Likewise, I have been in touch with the Environment Agency about Aldenham Reservoir as I was very concerned to hear that its water level is being lowered. The Reservoir is a precious community asset that needs to be preserved.

Finally, I continue to fight the proposed Radlett rail freight terminal. I am regularly engaging directly with Hertfordshire County Council and have organised a meeting with Officials in the coming weeks.

As always, if any residents have concerns or issues they would like to raise with me, do not hesitate to get in touch by letter, telephone or email. Details are available on my website, www.oliverdowden.com, and I also continue to hold surgeries across the constituency if you would prefer a private appointment in person.

As I write this article the coronavirus continues to dominate all aspects of local and national life.