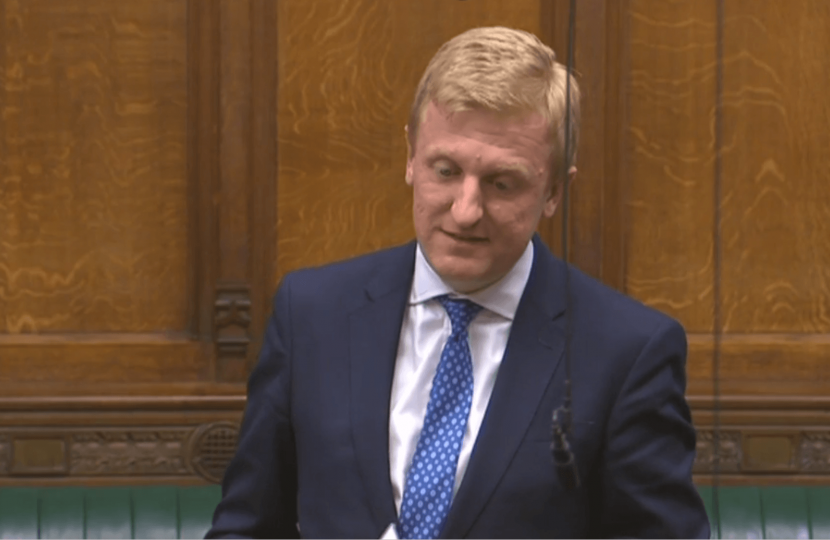 Oliver has welcomed the news that both the military and political wings of the terrorist organisation Hizballah have been banned in Britain. The announcement was made by the Government on Monday, and passed the House of Commons last night.

Oliver has called for this move since first being elected and campaigned for through consistently lobbying Ministers, asking questions in Parliament and highlighting the futility of trying to distinguish between Hizballah’s political and military wings.

Speaking today, Oliver said: ‘I welcome this decision by the Government, something I have long pressed for. This terrorist organisation has no place in our society and we can now see an end to the open flying of its flag in Britain, such as on Al Quds Day.

‘I hope this will bring some comfort to the hundreds of my constituents who have written to me over the years to express their profound concerns about Hizballah and its status in our country.’

Oliver’s final question as a backbencher before becoming a Minister was to the then Home Secretary, raising his Hertsmere constituents’ concerns about Hizballah and the flying of its flag.

One of our great strengths in Hertsmere is the diversity of our community locally, and one of the great joys of being Hertsmere’s MP has been making a huge range of informative and enjoyable visits with the different communities in the borough.