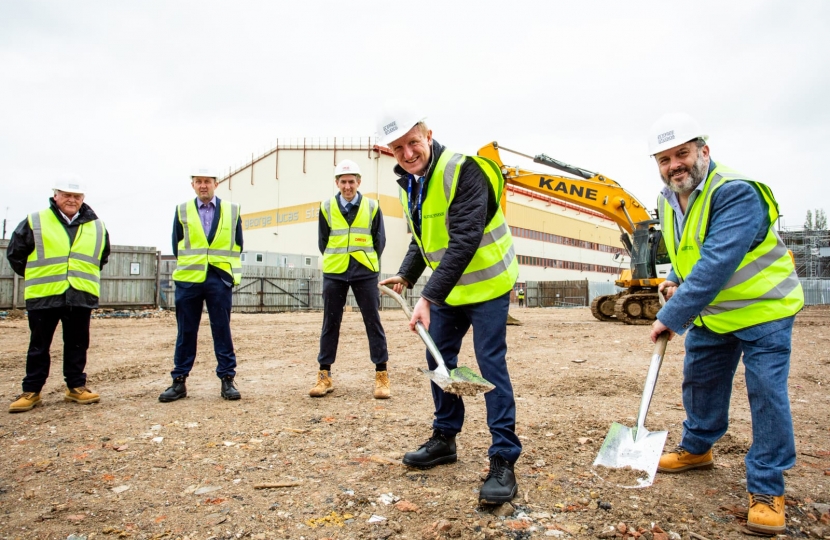 Work to build two new soundstages and ancillary workshops on the site of the former Big Brother house began earlier this week, after contractors R. G. Carter Construction were awarded the main contract for the project by studio owners Hertsmere Borough Council.  The two new soundstages, once operational, will create at least 800 new jobs, plus apprenticeship opportunities for both local school leavers and the unemployed. As part of the deal, £100,000 per year from the rental income received by the council will be invested locally into creative industries, including local media and creative enterprise and initiatives.

The Government, through the Hertfordshire Local Enterprise Partnership, has provided the additional £6 million in funding needed to begin this projects development.

Oliver said: ‘It is great to be here today marking the expansion of the Elstree Studios site, as work begins building two new soundstages and ancillary workshops. I am thrilled to support this project that will bolster Elstree’s status as the home of UK film and this country’s position as a creative industries superpower.

This is a great example of our local Council and this Government working together to strengthen our creative industries both here in Hertsmere and nationally. As the Council has done its part to support the project, now the Government will deliver the extra £6 million in funding the project needs to get the show on the road.’