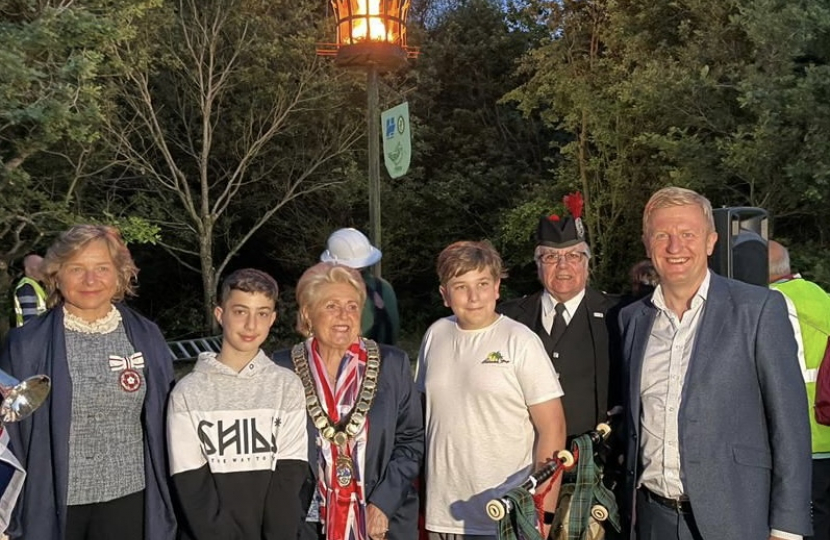 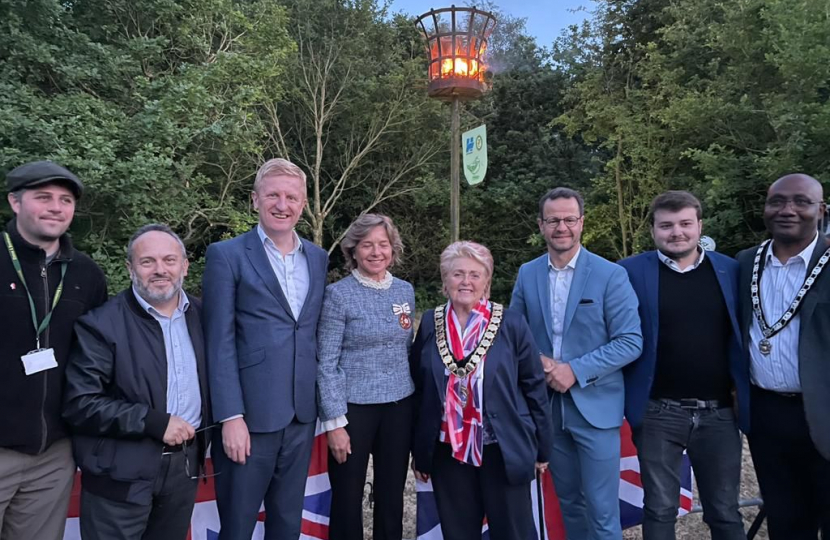 Oliver attended the beacon lighting at Woodcock Hill in Borehamwood to kick off a weekend of celebrations marking the Queen’s Platinum Jubilee.

Oliver took part in the lighting alongside other members of the local community, as part of a nationwide tribute to the Queen’s service. More than 2,000 beacons were lit throughout the United Kingdom, Channel Islands, Isle of Man and UK Overseas Territories, and one in each of the capital cities of Commonwealth.

Oliver said: 'It was a great joy to take part in the beacon lighting at Woodcock Hill, as part of a packed weekend of festivities to mark Her Majesty’s seven decades of selfless service.

It is always wonderful to come together with the local community to mark these occasions. Beacons were lit throughout the country to pay tribute to Her Majesty and her remarkable achievement.

I hope that everybody shares in the joy this weekend and celebrates in a way that will be remembered for years to come.'