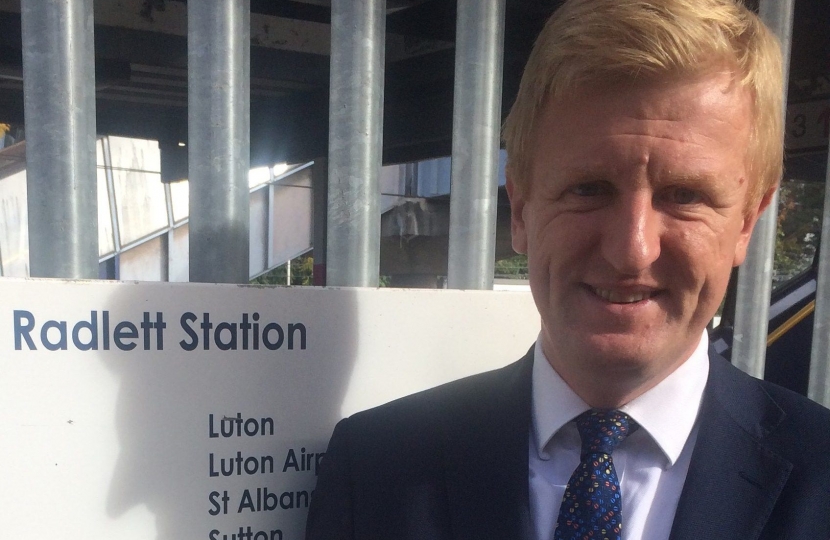 The improvements to the stations will be funded as part of Govia Thameslink’s £15m Passenger Benefit Fund which has been established after the severe disruption to their services last year.

Radlett, Elstree & Borehamwood and Potters Bar stations were among the worst affected last year and have been allocated the maximum of £80,000 each for improvement works to be carried out.

Local passengers are being consulted on what improvements should be made and how the money is spent.

Oliver said:  ‘The disruption we endured on Thameslink and Great Northern trains last year was unacceptable, and that is why I am pleased nearly £20m has been paid out in compensation since.

‘To start making things right, I am pleased to have secured funding for improvements to Radlett, Borehamwood and Potters Bar stations as part of the £15m Passenger Benefit Fund.

‘Passengers can suggest what improvements should be made to their local station and I would encourage everyone to do so.’

More details of the Passenger Benefit Fund and how to make suggest improvements can be found at www.passengerbenefitfund.co.uk.

Oliver Dowden has this week renewed his support for Aldenham Reservoir and maintaining it as a community asset. The pledge came after the news that the sluice gates at the reservoir have been opened by its owners, Liberty Lake Leisure Ltd, releasing water and lowering its depth by a metre.