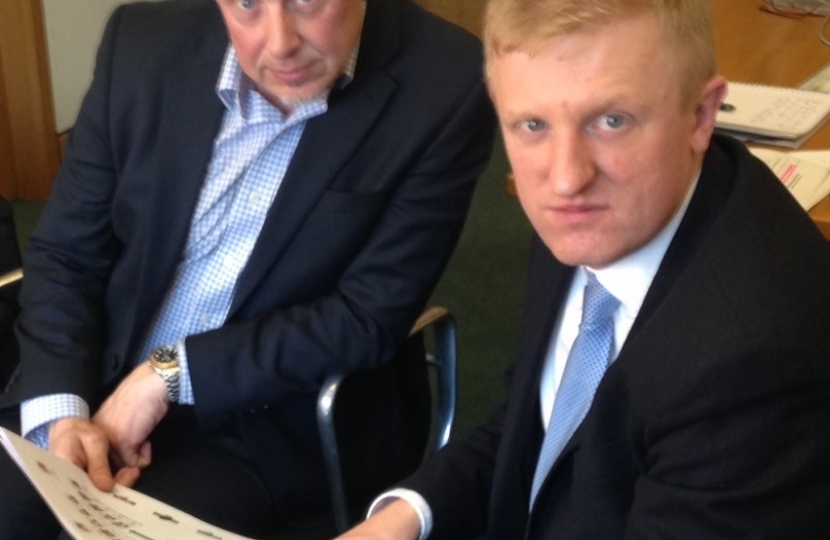 I have had a meeting with senior directors from Govia Thameslink for the second time since being elected.

Unfortunately, since my first meeting with representatives from Govia last autumn, the vast majority of my concerns remain unaddressed. I continue to be contacted by a number of constituents who are exasperated by the constant delays and cancellations they have been experiencing on the line. Only a few weeks ago a Commute London customer satisfaction survey rated the Thameslink service as the worst of 17 services, with only 35 per cent of service users being satisfied with  the service. This is unacceptable.

The meeting was attended by Govia Thameslink's Passenger Services Director, Stuart Cheshire and their Director of Corporate Affairs, Myriam Walburger. Mr Cheshire explained that since Govia Thameslink took over the franchise there has been a shortage of drivers.

I was informed that it takes approximately 14 months to train new drivers and that the training for many of the trainees started 14 months ago. Mr Cheshire said that by May this year the issues associated with driver shortages should be addressed. I really do hope this is the case and that the wave of new drivers that Mr Cheshire refers to translates into a more reliable service. It is very frustrating that Thameslink did not have the appropriate level of drivers in place form the start. I am sure that this is something that could have been avoided. Ultimately the proof will be in the pudding and I will be monitoring developments closely to ensure that the reliability of the service improves over the months ahead.

I also raised the proposed extension of Oyster PAYG to Radlett, capacity problems at Borehamwood stations, and the need for more car parking spaces at Radlett station. As part of their franchise agreement Govia Thameslink committed to use all reasonable endeavours to extend Oyster PAYG to Radlett by September 2015. I was disappointed that this target was not met. I was informed by Mr Cheshire the matter is currently being considered by the Department for Transport. I understand that they are currently looking into the practicalities of extending Oyster PAYG to Radlett as well as the fare setting arrangements. I will be tabling a written Parliamentary Question to the Rail Minister requesting that the matter be resolved as soon as possible.

Following the meeting I have also written to Network Rail and the Department of Transport regarding the clear need for greater investment into Borehamwood station to increase its capacity. Over the last 30 years the population of Elstree and Borehamwood has grown by 49.6 per cent and the station is not currently fit for purpose. Without the appropriate level of investment needed to increase the capacity of Borehamwood station, the problem will only get worse as a result of the extra homes that will be provided by the Elstree Way Corridor. It is vital that as the number of homes in Elstree and Borehamwood increases so to does the investment into both new and existing transport infrastructure.

I will be holding public meetings in Borehamwood and Radlett over the coming months so that service users can raise their concerns directly with Govia Thameslink representatives. Details of these meetings will be published in due course.