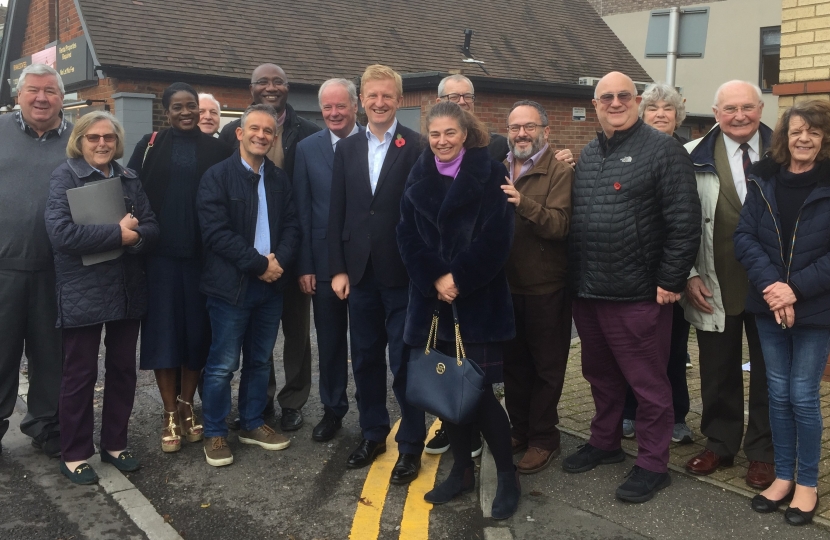 Oliver has said he is “delighted” to have been readopted on Sunday by Hertsmere Conservative Association as the Conservative candidate in the forthcoming General Election.

He added that he was proud to have represented the area where he was born and grew up for the last four years in Parliament, and hoped to continue to be the champion of Hertsmere there after the December poll.

Oliver said, “I’m delighted to have been readopted as the Conservative candidate and will be standing again to be your Member of Parliament when the election comes on 12th December.  I’m taking nothing for granted, and look forward to campaigning hard over the next few weeks to demonstrate that a Conservative government will be best for Hertsmere and for the country”.

In a campaign video, he reflected on the “huge privilege” it has been to represent the various communities in Hertsmere over the last few years, securing more support and resources for area, and standing up against the scourge of anti-Semitism

Oliver added: ‘I voted Remain, but believe we should respect the outcome of the referendum and deliver on it. That's why I’m backing the Prime Minister’s deal so we get Brexit done, leave the EU in a smooth and orderly way, so that the Government can focus on the things that matter to you and your family, including an extra £33.9bn for the NHS, £14bn for schools and 20,000 more police officers.’

I am writing this article just after The Chancellor has delivered his first Budget.

I am aware that by the time it is published, events in relation to the coronavirus are likely to have moved on significantly.