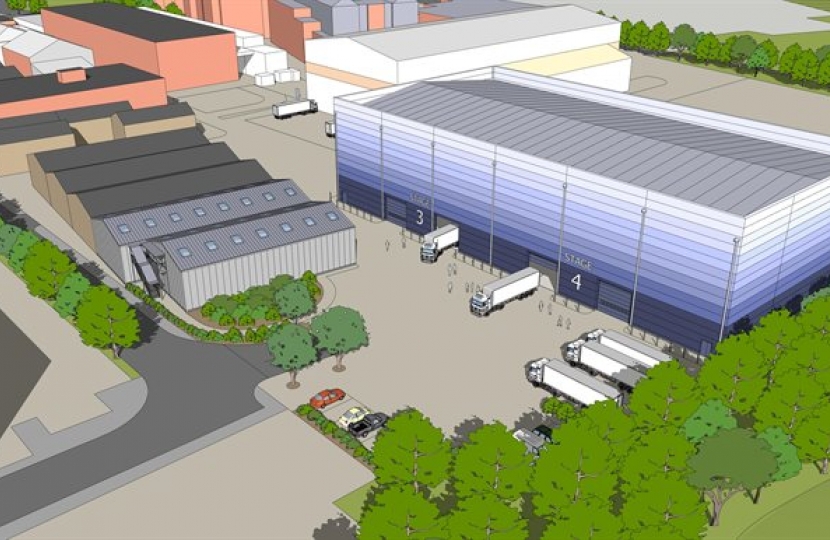 The Council, at a meeting on 26 August, approved £6 million of matched funding to build the new sound-stages and accompanying facilities. The Government, through the Hertfordshire Local Enterprise Partnership, will be providing the additional £6 million in funding needed to enable this shovel ready project at Elstree Studios to begin development.

Oliver lobbied in Government for this the extra £6 million in funding to be granted and welcomes the Council’s commitment to supporting Hertsmere’s creative industries.

The Studios is currently home to shows such as the BBC’s Strictly Come Dancing and Netflix’s The Crown but it has had to turn away a number of drama series and major feature film productions recently due to a lack of space. This has resulted in almost £30 million of lost revenue for the Studios and the Council over the last 18 months.

It is hoped that the construction of the two new sound-stages, on the site of the former Big Brother house, will help lead to the creation of at least 800 local jobs and will support more than 100 new apprenticeship opportunities for young people.

Commenting on the decision, Oliver said: “I am delighted that Hertsmere Borough Council pledged £6 million to support the construction of two new sound-stages at Elstree Studios last week.

The Council has done its part to support the project and now the Government will deliver the extra £6 million in funding the project needs to get the show on the road and the shovels in the ground.

This is a great example of the Council and the Government working together to strengthen our creative industries, locally and nationally.

It will further bolster Elstree’s status as the home of UK film and this country’s position as a creative industries super power.'