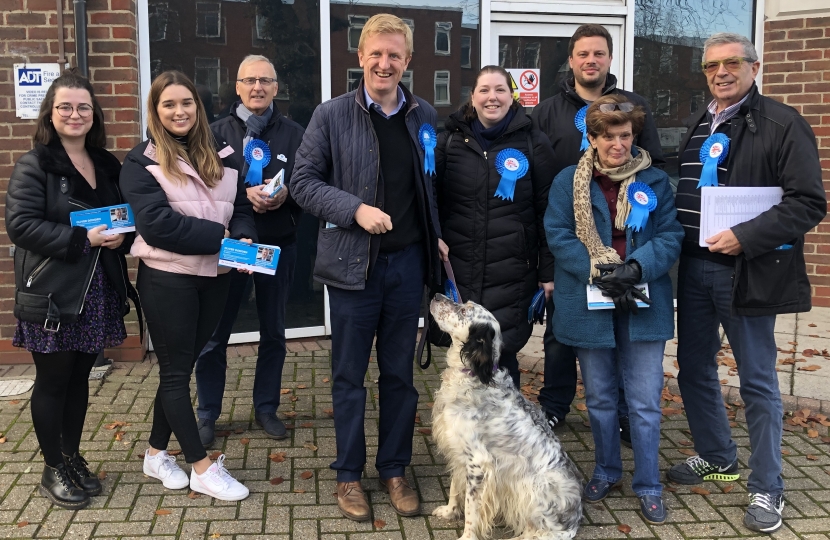 As Parliament has been dissolved and the 2019 General Election campaign has now officially started, Oliver has launched his campaign to be re-elected as the Member of Parliament for Hertsmere.

As part of his campaign, Oliver has written an open letter to all of the candidates who will be standing for election in Hertsmere on 12 December and has invited them to join him in pledging to run a Clean Campaign.

Oliver has seen the corrosive effect which unfair and personal attacks have had on British politics and has pledged to stick to the issues which matter to people in Hertsmere and will always engage in polite and good intentioned debate over the coming weeks.

Speaking on the campaign trail, Oliver said: ‘This election will be one of the most important elections in our recent history and will chart the course for our country over the years to come..

I think it is vital that everyone who will be out campaigning in Hertsmere over the next few weeks does so in a good spirit and runs a Clean Campaign.

That is why I have pledged to the people of Hertsmere that I will stick to the issues which matter to them instead of resorting to personal attacks and I hope that my opponents will join me in my pledge.’

You may be aware that today Hertsmere has been designated as an area of concern by the Department of Health.