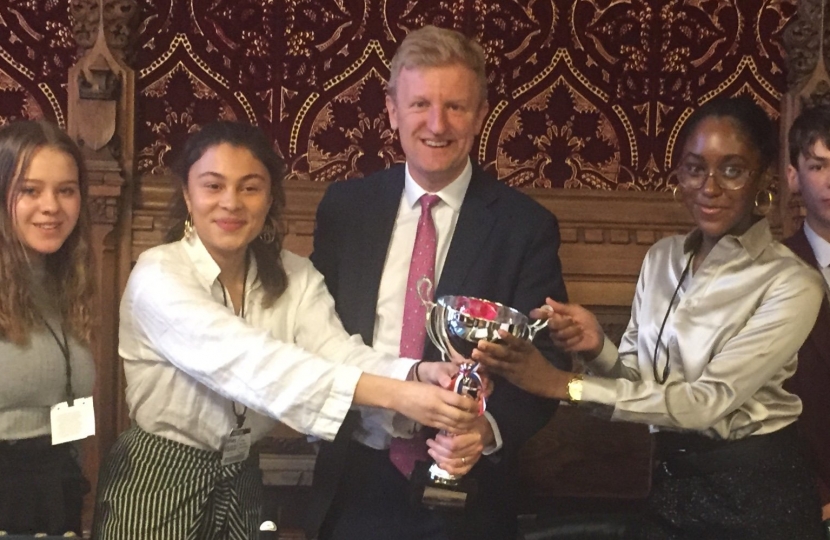 Queens’ School were successful and they went on to reach the final against St Clement Danes in Chorleywood where they argued in favour of the motion: ‘This House believes that UK citizens that joined ISIS should have their citizenship revoked’.

Queens’ School were ultimately unsuccessful with St Clement Danes winning the trophy and the chance to meet the House of Commons Speaker, John Bercow MP.

Oliver said: ‘It was a pleasure to chair the debate between Queens’ School, Bushey, and Kings Langley School on Friday.

Their debate over the merits of the green belt was a close run affair and I thought both sides made very good points.

I was pleased to see Queens’ do so well in the competition and reach the final against St Clement Danes in Chorleywood.’

The Watford Inter-School Debating Cup is organised by Richard Harrington, MP for Watford, and schools from around Watford take part every year.

Queens’ won the competition last year arguing that social media sites should be subject to censorship.