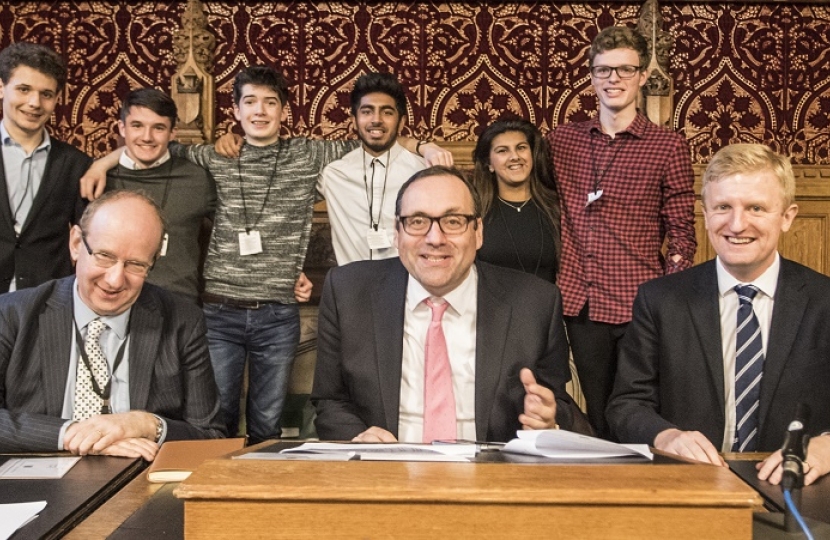 On Thursday 10th December I chaired the annual inter-Watford debating competition with Richard Harrington MP, which was held in Parliament.

Several local schools including Bushey Meads and Queens’ took part in three knock out rounds and were judged by a panel including Lord Finkelstein and the Chief Reporter of the Watford Observer, Charlotte Ikonen.

I would like to offer my warmest congratulations to Queens’ who alongside Bushey Meads competed in the debate. Both teams did fantastically well. Their engagement with the debate and the brevity and quality of their contributions was an example to us all, including those of us who speak in the House of Commons chamber every day.