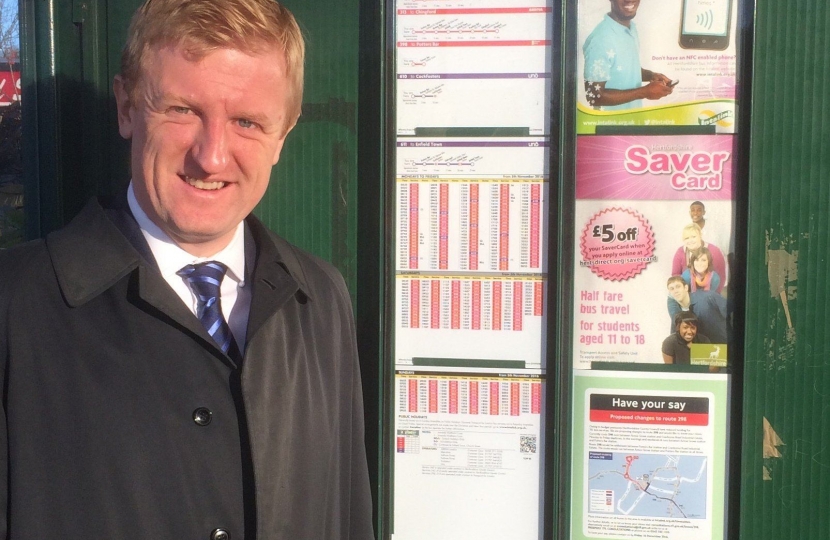 Transport for London have opened a consultation on the future route of the 298 bus, running between Potters Bar and Arnos Grove. The route currently runs past Potters Bar station and up to the industrial estate at the end of Cranborne Road. However, the consultation proposes a shortening of the route which would instead see the bus terminate at the station on Darkes Lane.

The route is mainly used by residents and people travelling to work at the industrial estate, and has already been scaled back to a weekday only service.

In response to the changes, Oliver said: ‘I share the concerns of many of my constituents who have contacted me about the impact this reduction will have on people living and working along Cranborne Road.

‘I first contacted Transport for London back in May this year to raise this issue and to make sure the concerns of residents were heard. I am pleased that the majority of the route has been preserved and I will be responding personally to the consultation and strongly encourage others to do so as well.’

The consultation run by TfL ends on 16 December 2016 and residents can reply by: