MPs join forces to push for extension of Oyster 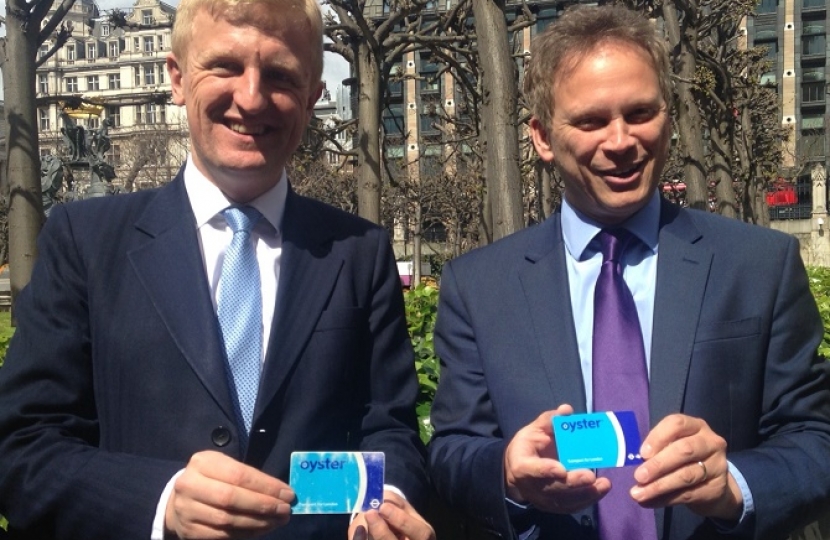 Member of Parliament for Welwyn Hatfield, Grant Shapps, has joined Oliver Dowden's campaign for Oyster PAYG to be extended to stations across southern Hertfordshire. Member of Parliament for Hertsmere, Oliver Dowden, has spent several months pushing for Oyster PAYG to be extended to Potters Bar and Radlett on the Great Northern and Thameslink routes. Elstree and Borehamwood station already has Oyster. Mr Dowden said: "I am delighted that Grant Shapps has joined the campaign for Oyster to be extended to stations in southern Hertfordshire along the Great Northern route. As I have said many times before, pushing for Oyster PAYG to be extended to both Potters Bar and Radlett is one of my top priorities. "Grant Shapps, like me, recognises the significant benefits that Oyster would bring to his constituents and it is great that we are able to join forces on this important issue. I hope that by combining our efforts we will be able to achieve a positive outcome for the hard pressed commuters of Hertsmere and Welwyn Hatfield." Mr Dowden and Mr Shapps have written jointly to the Rail Minister, TfL and the Chief Executive of Great Northern requesting a round table meeting to discuss the extension of Oyster to stations in their constituencies. Mr Dowden added: "I think it is important to get all the key decision makers in one room to discuss a way forward. I hope is that this meeting could lead to a break through."