MP Calls For Release of Hertsmere Resident's Father in Iran 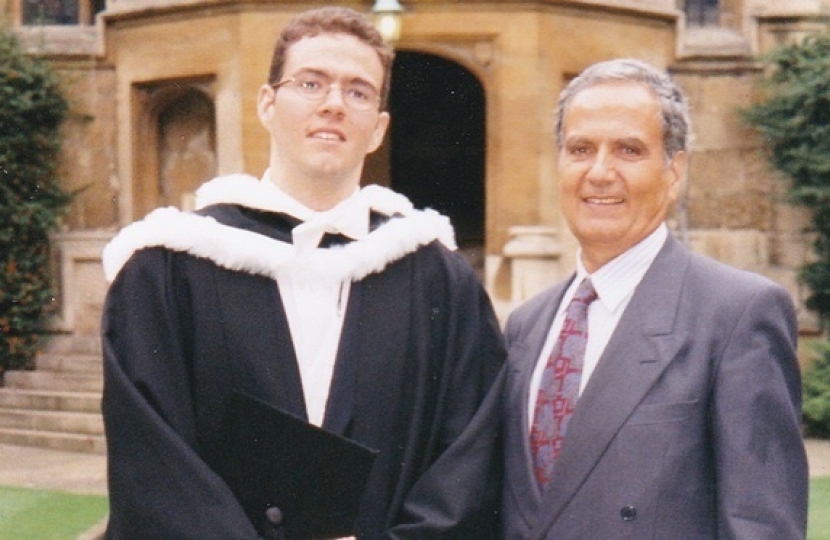 Over the summer I met with Hertsmere resident, Mr Kamran Foroughi, at one of my local surgeries to discuss his growing concerns about his 76 year old father, Mr Kamal Foroughi. His father was imprisoned by Iranian authorities in May 2011. It is not clear on what evidence Iranian authorities convicted Mr Foroughi.

Recently Kamran made the decision to go public with his father's case and The Guardian broke the story, please follow this link for further details:  http://www.theguardian.com/uk-news/2015/oct/14/briton-kamal-foroughi-76-iran-jail-spying-charges

Both Mr Foroughi's family and the Foreign Office are becoming increasingly concerned about Kamal Foroughi's health and have called for him to be released on humanitarian grounds. As Kamran Foroughi's local Member of Parliament, I’ve been supporting him in his bid to get his father released and intend to raise his case in Parliament and with senior members of the Iranian Government.

As Mr Kamran Foroughi is a local man, I am encouraging Hertsmere residents to support the campaign for his father’s release. Please follow the following link to Kamran Foroughi's LinkedIn page where he provides details about how you can help: https://www.linkedin.com/pulse/please-help-kamran-foroughis-76-year-old-dad-released-kamran-foroughi?trk=prof-post