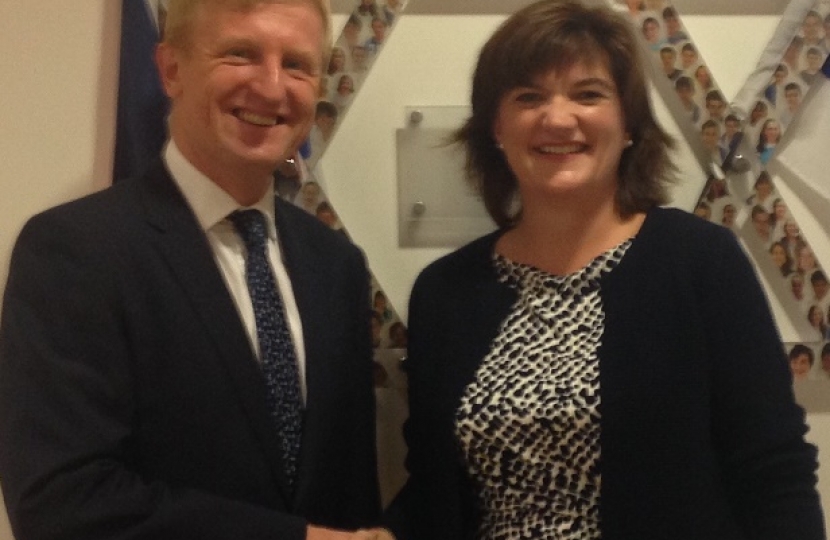 Oliver Dowden, Member of Parliament for Hertsmere, is calling for increased funding for Hertfordshire schools. The Education Secretary, the Rt Hon Nicky Morgan MP, launched a public consultation earlier this month looking into the possibility of establishing a new National Funding Formula for Schools. Currently there are significant disparities in the amount received by different local education authorities, with some receiving far more than others.

Out of the 151 local education authorities in the country Hertfordshire is currently ranked 109 in terms of the amount of money it receives. The national average for funding per pupil is £4,636 for 2016/2017 but £4,397 for Hertfordshire pupils.

Mr Dowden said: "It is not right that schools that are often barely miles apart, but sit across Borough or County boundaries, receive vastly different levels of funding per pupil."

" The funding per pupil model is not based on the needs of the individual pupil but the specific geographical area where they live. This needs to change.

"We are lucky in Hertfordshire that we have many fantastic schools that are extremely well led. This is despite them being historically underfunded.

"I was delighted to receive a letter from the Education Secretary informing me that she is launching a consultation looking into establishing a new National Funding Formula. This means that the Government is another step closer to fulfilling its manifesto commitment to fairer funding. I am hopeful that this could lead to the unfairness of the status quo being addressed."

The consultation is looking into establishing a National Funding Formula for the school year 2017/2018. The consultation was launched on 7 March and will close on April 17. Mr Dowden is writing to all Headteachers within the Hertsmere constituency urging them to take part in the consultation.

Mr Dowden added: "I will be responding to the Education Secretary 's letter making clear my own views regarding the need for a fairer system. I will also be writing to all Headteachers within my constituency urging them to take part in the consultation and make their voices heard."