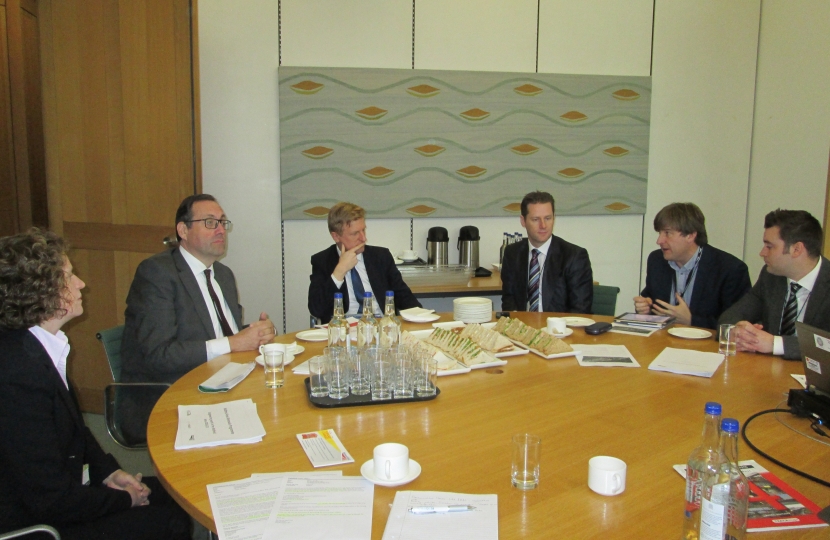 Oliver Dowden met with representatives from Network Rail and London Midland to be briefed on upgrades to the line, which affect many in Hertsmere, most notably those who use Bushey station.

Oliver Dowden raised concerns about recent tunnel repairs that had caused delays. He emphasised the need for the operators to improve their customer information and customer service, as it had been found lacking in recent weeks leaving many commuters in the dark.

“Improvements in our transport infrastructure are always welcome. However, I have raised concerns with both Network Rail and London Midland that they have so far failed to keep commuters abreast of the situation.

“Leaving commuters in the dark over why their train has been delayed can only cause further dissatisfaction. It is time for both Network Rail and London Midland to seriously improve their customer information and service".